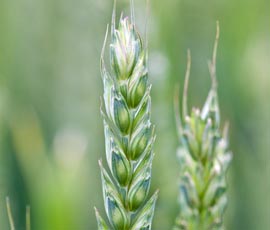 It’s not what you spend, it’s how you use it. That’s what differentiates a top wheat grower from an average one, according to ten years of data ProCam’s 4cast agronomy system.

“This is largely due to sound agronomy programmes, which concentrate on reducing costs/tonne and maximising yields, rather than cutting back on inputs.”

In most years, cereal growers up and down the country spend much the same on crop inputs overall, he explains. “But the better ones manage their crops more efficiently. Fungicides and application timing are still the most important factors affecting yields and margins.”

“It’s all about managing crops properly rather than being too concerned with the total spend,” highlights Mr Myers. “Quite often, the more you spend, the greater the return.”

One key trend to emerge over the last ten years is the performance of first and second wheats, he adds. “The gap between them has closed considerably. There was a 1t/ha difference in 2002, now it’s just 0.4t/ha.”

To see the ProCam data from the past 10 years go to our wheat page.