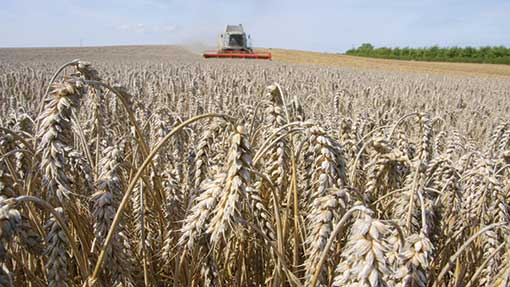 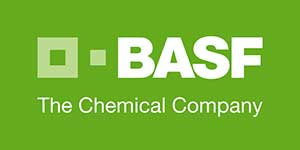 In the first of a new series, Crops in association with BASF, showcases why the biggest job on earth is in farmers’ hands. Here, Caroline Stocks outlines the role farmers play in meeting the UK’s food security challenges in a sustainable way.

We’ve all heard the numbers: By 2050, food production will need to increase by 70% in order to feed a world which will have an additional three billion people living on it.

It would be a big enough challenge by itself, but add changing climates, pressure on land use and increasingly scarce and more expensive inputs into the equation, and it seems like an insurmountable task.

The question now for farmers, policymakers and consumers alike, is how to ensure there is enough safe, nutritious and affordable food for the world? In short, how can can we secure our food supplies?

“The nub of the issue is what you mean by food security,” says Tim Benton, the government’s champion for global food security.

“If you look at the broad perspective, there is scope to change food security by changing demand and eating habits. Most people buy a third too much food in terms of calorific needs and food waste.”

For many though, it is issues around farming practices and food production which are the key to food sustainability.

The Global Food Security Programme, which brings together the UK’s main funders of food research, argues food security has to go back to basics, starting with soil.

It advocates improving soil quality and reducing degradation – which is estimated to cost England and Wales between £0.9bn and £1.4bn every year thanks to declines in crop yields – by using techniques including bulky organic manures, employing crop rotations, controlled-traffic farming and conservation tillage.

But in addition to soils, it is vital to consider environmental services in the food sustainability equation, Prof Benton says.

“From margins and hedgerows to farm biodiversity, these things don’t necessarily have a direct input on a farm’s productivity, but they are important to the overall production framework. The country’s farmers need to think about these factors.”

What isn’t clear though, is to what degree farmers in the UK should increase their output to help feed the world.

“We don’t know if producing more to export it is contributing in a positive or negative way to food security because there are issues about affordability and accessibility of that food,” Prof Benton adds.

“What I would say, is that the UK will be safer against the effects of climate change compared to other countries, where their relative ability to produce food will be impacted.

“That means there will probably be a growth in world demand for what we can produce, which will have food security implications domestically.”

Regardless of exactly how UK farmers are eventually asked to respond to the food sustainability issue, Prof Benton says wider, long-term issues need to be considered.

“It’s more complicated than simply saying farmers need to grow more, as there are other connected issues.

“For example, in Indonesia the government supported the production of palm oil which has allowed vegetable oil to flood the market. It has made it cheaper which has led to over-consumption, so its contributing to increasing levels of obesity and diabetes.”

In addition, it is not just about producing more food to enable the country to be self-sufficient, as self-sufficiency would mean living without many imported foods which make up our diets.

However, there is an argument to be made about the UK’s food resilience, Prof Benton adds.

“If international feed was perturbed in any way, such as through a poor harvest thanks to the weather, having access to a greater range of goods, including goods we import, might be a sustainable strategy.

“Food security is better formed not by being self-sufficient, but by having a Plan B.”

Ensuring strong domestic supplies is something the NFU supports. Earlier this year it launched its Back British Farming campaign after it calculated that domestic food supplies would run out by 14 August.

Phil Bicknell, NFU chief economist, says that while calculating the longevity of domestic food supplies was simplistic, the aim was to bring to light the fact that the foot trade gap is continuing to widen.

“There is an assumption that because we are a relatively wealthy nation we can always go to the international market to get what we need.

“But the question is how long that supply will continue and be accessible on an international stage?

“We already have some of the big global manufacturers securing their long-term supplies as they realise that they – like us – are subject to what the market throws at them.”

Mr Bicknell says the answer for UK farmers is not to necessarily produce as much as they can, but to respond to market signals.

“But we also need policy which drives production,” he adds. “The aim of the CAP reform was to respond to the market place, which is why we were disappointed by greening elements which do not let farmers make decisions on the basis of business.

“There is confidence in the long-term future of agriculture, the challenge now is how to stimulate investment in the short-to-medium terms so we can build that production capability.

“We need to look at policies so we can send signals out to producers, scientists and other people across the supply chain that agriculture is worth investing in.”

Delivering the increased production needed to meet the growing demand for food cannot be achieved at the expense of the environment. Andrew Pitts exemplifies that approach. He farms 600ha of wheat and oilseed rape in partnership with his brother, William, in Mears Ashby, Northamptonshire.

Combining his passion for farming with a love of the environment, Mr Pitts has maintained strong farm productivity while driving up farmland bird numbers and restoring wildlife habitats.

It is an approach he says lies at the heart of food sustainability, and one more farmers could benefit from.

“The environment is a fundamental opportunity to farm businesses,” he says. “We make a considerable amount through environmental stewardship, but we also make savings through the farming techniques we employ.”

Using technologies such as field mapping to manage crop planting and chemical applications have enabled Mr Pitts to maintain yields while using fewer and more-targeted inputs.

As well as bringing financial benefits to the farm, farming in a more sustainable way is helping Mr Pitts teach the public about farming and the role they can play in food sustainability.

Mr Pitts welcomes visitors onto his farm, including children, NGOs and ministers, to learn about where their food comes from.

“It is only by getting these people onto farms that we can show how sustainable intensification can be delivered to the benefit of farm profitability and environmental good,” he says.

“By talking to policymakers and getting them to understand what we do and how we manage the land everyone wins – they understand how to make a regulation so that the average farmer can do it and make a difference.

“We have to take a positive step to get out there and tell people about what we do.

“It is only by educating them that we will get something that is workable.”


Agricultural policies need to be overhauled so they are driven by science not emotion, otherwise it puts at risk food security.


Farmers have been given the responsibility to produce more food, but with the dynamics around crop production at the moment, increasing yields is a challenge.


We are seeing yields plateau in the UK, despite innovative crop protection products. If we lose more products farmers will not meet the increasing demand to provide safe and abundant food for a growing population.


Global R&D companies are willing to increase funding to discover new crop protection and seed technologies that will help farmers produce more food with less resources. If policy decisions are not science-based this puts at risk future sustainable solutions.


The rules of the game continue to change, but rather than being based on science they’re based on political pressure.


Companies spend 10 years and £200m on bringing new technologies to the market.


The accumulative affect on yields caused by policies such as the ban on neonicotinoids will be huge, particularly when coupled with growing food demand by increasing populations.


We don’t have a lot of alternative mechanisms to increase yields: new land isn’t available, water and soil management can only go so far.


We need to look at seed technologies and breeding, but in Europe it is restricted by an emotionally-driven agenda.


Farmers play a big role in meeting the future needs of society and their voice needs to be heard. They require the innovations that businesses, such as ours, can provide them in order to deliver sustainable intensification.


We would like farmers to take leadership in the discussion and support the work of organisations such as the Crop Protection Association and the NFU in lobbying Brussels to protect the chemical innovations we have today and potentially tomorrow.