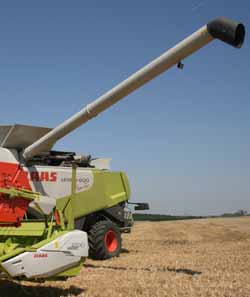 An inquest jury has issued a list of safety measures for combine harvesters following the tragic death of a 21-year-old trainee farm manager.

Edward Pybus, of Kegworth, Leicestershire, was electrocuted when his combine harvester – which had a faulty discharge auger that was permanently raised – connected with an 11,000-volt overhead cable, according to the Trowbridge inquest.

As part of its narrative verdict following the two-day inquest, the jury urged that indicator lights be fitted to tell the driver when the auger was raised and when electrical cables were near.

The jury also said that the auger should be made from non-conductive material.

Mr Pybus died after climbing out of the cab on a nearby farm, not realising that the arm had hit the cable. This earthed the current.

He had just graduated with an agricultural degree from the University of Nottingham. He was employed by farm management company Velcourt on a farm in Wiltshire where the accident happened.