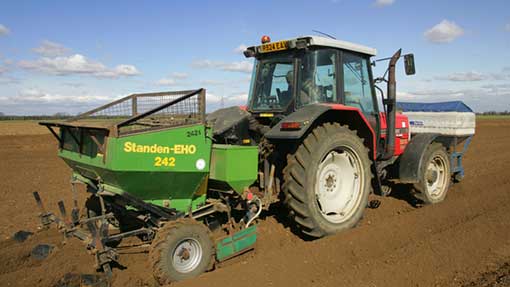 Potato growers are being urged to identify what species of potato cyst nematode they have in their fields to help tackle the pest.

In 2013 potato cyst nematode (PCN) was identified as one of the top five issues facing the UK potato industry, costing in excess of £50m/year.

Reduce PCN numbers on your farm

Growers have typically relied on a threshold system to indicate nematode infestation levels, however Thomas Prior of Fera plant clinic says it is the detection and identification of the nematode species that is crucial.

He explains that as soon as PCN is detected growers need to implement a management strategy to prevent levels from building up.

There are more than 4,000 nematode species recorded in the UK, with the two main species Globodera rostochiensis and Globodera pallida posing the biggest threat.

Growers are able to identify their PCN populations by sampling soil through Fera’s plant clinic service.

“Ideally testing should be carried out precropping to determine the proportion and numbers of each PCN species present, as well as egg viability within the cysts,” he explains.