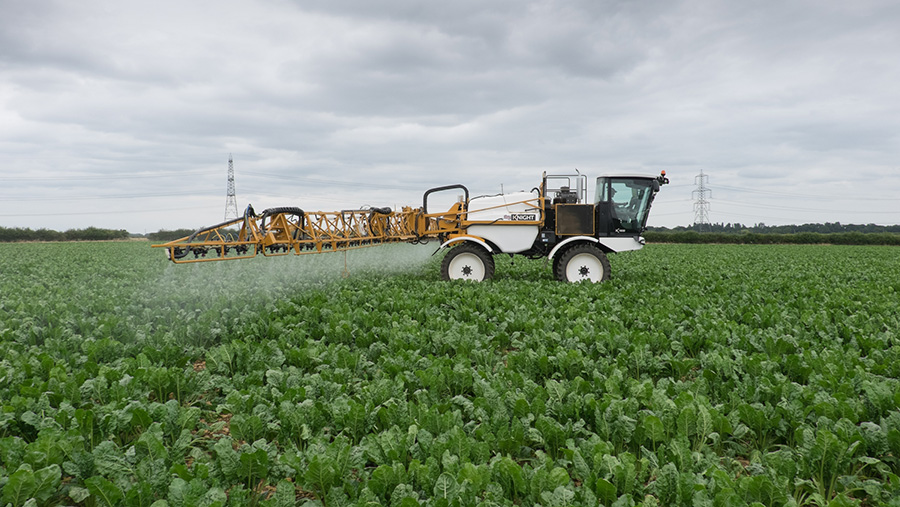 A crucial aphid-controlling insecticide has seen the list of approved crops slashed on its label, limiting its use to just a handful of crop types.

Pirimicarb has played an important role in controlling aphid pests in a number of situations, including horticulture, field veg, cereals, oilseed rape, maize and potatoes.

For the upcoming season there will be two ministerially approved pesticide product (Mapp) numbers in the market for Syngenta’s popular pirimicarb-containing product Aphox – one old and one new – and advice on use will differ, depending on stock held.

Following a European Food Safety Authority (Efsa) review of maximum residue levels (MRLs) for pirimicarb during re-registration, the permitted MRL for the active could drop significantly.

This will be confirmed after a vote in the first quarter of this year and Syngenta stated the lower MRLs are likely to come into force.

For the old Mapp number (10515), a six month use-up period for some crops is likely to be granted for brassicas – including cauliflower, broccoli, Chinese cabbage, kale and cabbage – all fruit, sweetcorn and protected lettuce.

This would normally allow growers to use up stocks in their stores by applying Aphox to these crops, prior to the new MRLs coming into force.

Syngenta said growers should carefully consider its use, as there is a risk that new MRLs could be exceeded, which could lead to crop rejections.

Crops remaining on the label for Mapp 10515 may only receive one application of Aphox within label requirements and the new restrictions apply to all other parallel and branded pirimicarb-containing products.

Once the old stocks are used up, the only available Aphox product will carry the Mapp number 17401 and approved crops on the label drop from 43 to just four.

The good news for pulse growers is pea and bean crops remain, but many other crop types will lose a vital aphid control tool.

One of the hardest hit will be carrots and parsnips, where there is no other effective knockdown insecticide option for controlling willow-carrot aphid.

The pest can spread a range of viruses that affect the crops and last season many carrot growers lost up to 50% of their marketable yield through carrot yellow leaf virus (CYLV), which causes internal necrosis of the root.

Norfolk-based Vegetable Consultancy Services Agronomist Tom Will says it is a big blow and he is having to rethink his entire pest control strategy as a result.

It leaves just Biscaya (thiacloprid) and pyrethroids, with the latter more detrimental to beneficial insects and fewer available modes of action will increase resistance risk in target pest populations.

The mild winter could exacerbate the problem, with a high carry over of last year’s high aphid populations into the new season, while seed treatments that give crops early protection are proving difficult to obtain.

“Growers will have to adapt to cultural controls, such as later drilling to miss the peak aphid migration, but they will have to accept lower yields as a consequence,” says Mr Will.