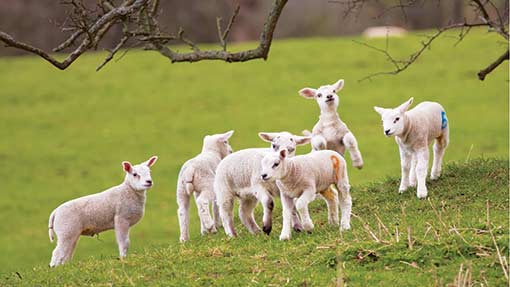 Lamb prices have risen sharply over the past three weeks, as tight numbers continue to prevail. The SQQ R3L average jumped by 4.1p/kg in the week to 15 February, to 415.7p/kg – 15.9p higher than three weeks previously.

Live lamb trade has also firmed, with the SQQ average rising by 3p in the week to 18 February, to 193p/kg. At 103,807, overall throughputs were 2% higher on the previous week, but well below last year’s levels, according to the latest EBLEX report.

“Combined with the rise in the lamb trade, this indicates that demand for sheepmeat in general at the moment is relatively strong, which as we head towards Easter should be leading to some increased optimism among producers.”

The firmer finished trade continued to push store values higher, with prices for old-season store lambs in the week to 12 February increasing by £1.40, to average £59.30 a head; £14.40 above the same time last year.