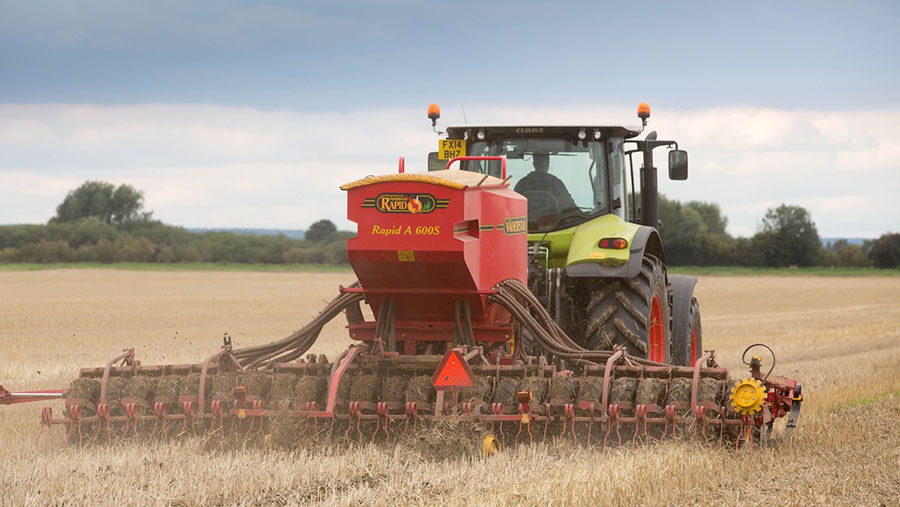 Cover crops have a valuable role in helping prevent soils from slumping over winter and contributing to organic matter levels.

They can also help with weed control, including blackgrass, and capture nutrients that otherwise would be lost to leaching over winter.

But care is needed a getting it wrong can prove costly, such as choosing species that will harbour disease and pests that will dent yields in the following crop. Then there are practical issue of seed separation when drilling mixes. Here are 6 things to consider before drilling your cover crop this summer.

Before sowing a single cover crop seed on his silty clay loam land, Guy Leonard, who started growing cover crops three years ago, took his time to carefully consider exactly what he wanted to achieve on his farm.

He worked closely with his Frontier agronomist Stuart Campbell and Clive Wood, northern technical manager at Kings, which is Frontier’s cover cropping arm.

“We did a lot of investigation to begin with,” explains Mr Leonard, who farms 10 miles north-east of Hull in East Yorkshire.

“We worked on building a suitable mix based on criteria such as cost, plants/sq m and of course our key aims for using cover crops with was to improve organic matter and soil structure.”

Mr Wood adds that different cover crop species will suit different farms, making it vital to spend time researching the key species, the farm’s soil type and liaising with experts to get it right.

“We have found that cover crops can be quite regional in terms of which species will work best,” says Mr Wood. 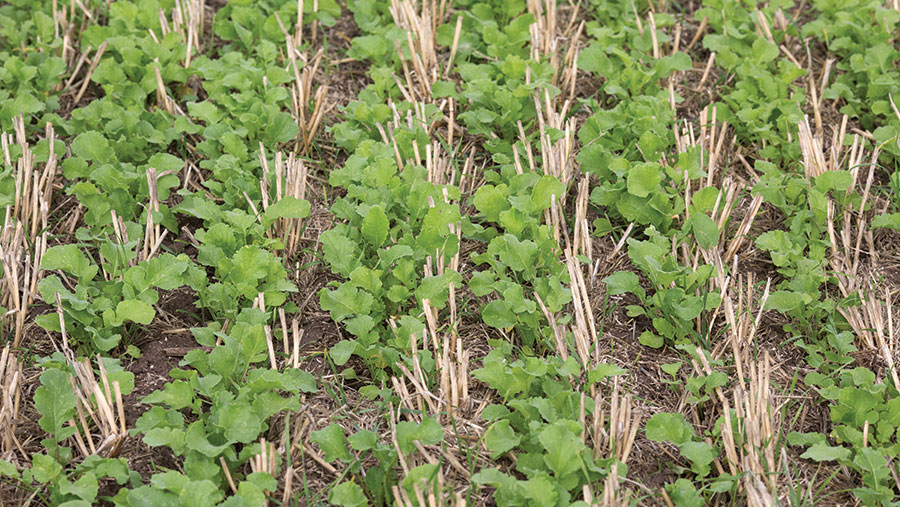 Mr Leonard says it is unwise to rush into cover cropping large areas of land immediately, particularly in times of low grain prices.

He advocates trialling the initial cover crop mix on a smaller area, reviewing the successes and failures and learning from this before cover cropping more fields.

“We trialled part of the farm before expanding the area, monitored changes in the soil and experimenting with cover crop mixes and eventually got to where we want to be.

When it comes to actually drilling your cover crop mix, Mr Wood explains that cover crops should be treated just like any normal cash crop.

“Consider early maturing varieties to help you get your cover crop in early after harvest as well,” he adds.

Ian Gould of Oakbank Game and Conservation acknowledges that it is a busy time of the year, but he advises going virtually behind the combine.

“Use the day length to get crops off to a good start, as it is still good at that time of the year with fairly long days. But towards the end of August, it starts to tail off and nights draw in once you get into September.

Three days in August equates to a week in September and two weeks in October.

Mr Gould adds that going early also uses the moisture in the bottom of the crop. “As you take the crops off, this moisture will evaporate and can leave the top 2cm bone dry – less than ideal for establishing a cover crop.”

One practical problem when drilling mixes with different-sized seed is they can separate easily, with the vibration acting like a gravity separator.

The result is that the smaller seeded species are drilled first, such as mustard, followed by the larger seed, such as pulses, last.

In his experience, French-based expert Christophe DeCarville of Sky Agriculture says it takes about 3ha before you see seed sorting.

He advises driving the bags to the plot and then putting seed in the hopper.

Mr Gould adds that is why his firm supplies seed in smaller bags. Filling the hopper every 2-3 ha will help, although this adds time.

Alternatively, the risk of separation can be reduced by using a drill with more than one hopper, says Mr DeCarville. For example, the Sky Easydrill has three compartments, which means you can put similar-sized seed in each hopper.

Species selection is important in avoiding the cover crop acting as a green bridge for pests and diseases.

This helps prevent the build-up of any diseases that may affect the subsequent cash crop and reduce yield potential.

Finally, consider the carbon to nitrogen ration of the species that you are growing, says Mr DeCarville.

“Higher carbon containing species such as oats can end up consuming nitrogen as they break down in the following spring. This is at a time when you are trying to establish a spring crop.”

Pulses have a lower carbon to nitrogen, so offer a spring boost.