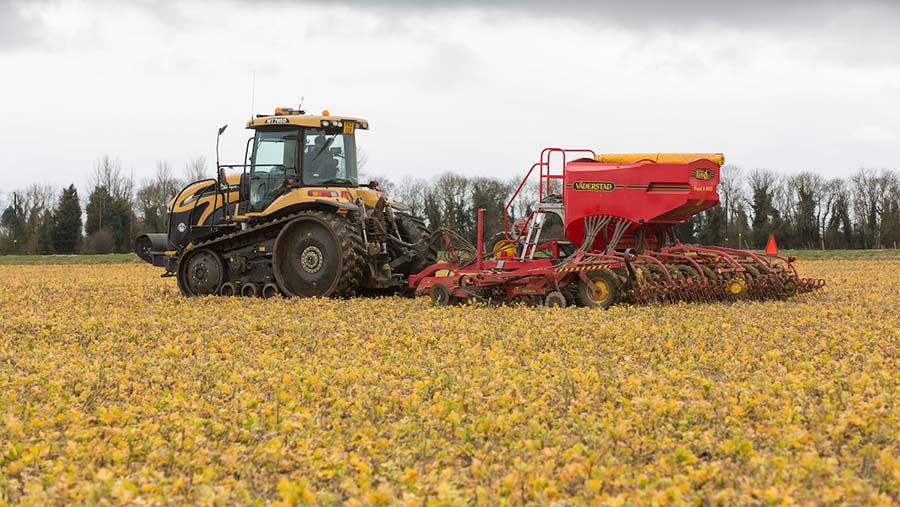 A survey examining the use of cover cropping has revealed that 80% of growers rely on glyphosate as part of the process for destroying plants before cash crop establishment.

The result came to light as part of a project studying cover crops by Cranfield University researcher Tom Storr, which sought to gain an understanding of tillage, cover crop use and soil health practices in the UK.

The survey attracted a total of 117 respondents from across Britain who are farming a total of 60,000ha on a range of heavy, medium and light soils.

While four in five respondents said they used glyphosate to terminate their cover crops pre-drilling, cultivating, grazing with livestock and mowing were other popular methods.

Mr Storr explained that this huge variation could be down to factors such as supplier, volume of seed ordered, species used and whether growers were taking advantage of home saved seed.

The use of cover crops has increased in recent years with just over half of respondents only embracing the practice in the last three seasons.

Cover crops were actively being grown on two-thirds of the surveyed farms, and on average 22% of these farms’ total area was cover cropped.

As the length of time that growers  had used cover crops for increased, the number of farmers reporting soil structure benefits also went up, with more than 80% seeing an improvement by their third season.

On light soils, the vast majority of respondents said cover crops had helped them control soil erosion, while the number of days where growers could travel on land following a cover crop also increased for more than half of all farmers.

15% of farmers said they saw a yield increase in crops following cover crops, with three respondents reporting up to 0.5t/ha benefit in winter wheat yield and a 3-5t/ha improvement in sugar beet yield.

One of the most common challenges when growing cover crops was establishment, according to the survey result.

Growers put this down to a variety of reasons including late harvest, dry soils and the different sowing depths required for various species.

Slug attack was highlighted as another big issue, especially for farms using no-till, strip-till or min-till establishment methods, with more than 40% of respondents noting a rise in slug pressure.

Unsurprisingly, this was accompanied by a bigger use of slug pellets for growers using reduced cultivations and direct drilling.

The survey also found that 70% of growers using cover crops would like to see the Ecological Focus Area (EFA) rules amended to allow a greater number of species and more flexibility in what can be included in mixes, so they better suit geographical location, soil type and rotation.

Many respondents said they would welcome being able to graze the cover crops planted as part of their EFA.