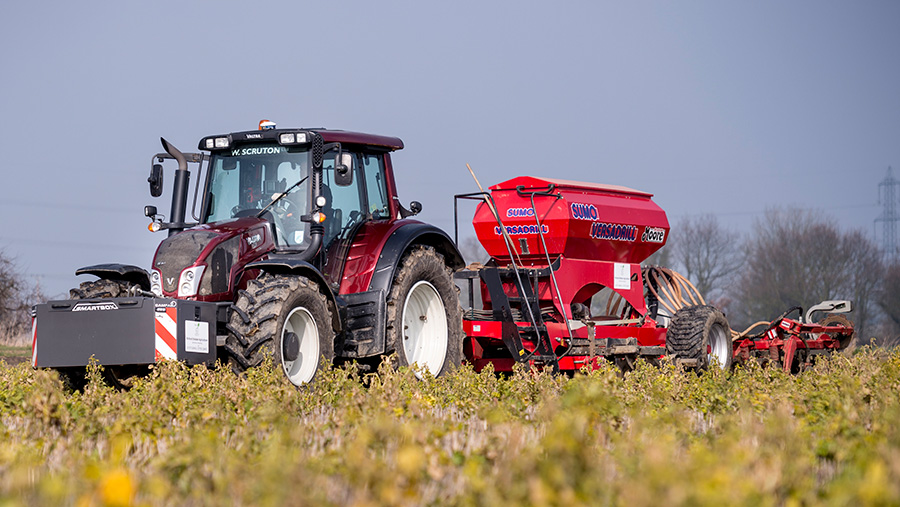 A farmer-led research group is on a mission to find viable ways of killing off cover crops without the use of glyphosate.

The non-selective herbicide is commonly applied to cover crops before crop drilling to get establishment off to a good start.

But with agriculture’s most popular weedkiller facing sustained scrutiny from politicians and environmental campaigners, growers have been asking how they would successfully destroy their cover crops if was glyphosate banned.

Investigating alternative cover-crop killing techniques to answer this question is the primary aim of a new field lab being run by buying group Anglia Farmers through the Innovative Farmers network.

The lab is expected to bring together conventional growers wanting to cut their reliance on glyphosate and organic growers who want to move towards a reduced-tillage establishment system.

One of the group’s participants, Oxfordshire grower and Organic Arable member Andrew Woof, plans to trial the use of a roller crimper to kill off his cover crop, turning it into a weed suppressing matt that is rich in nutrients.

He then aims to drill directly into the decaying material.

“I started looking for a way that I could improve my soil by enriching it with biomass and keeping soil disturbance to a minimum,” says Mr Woof.

“I hope that, through the field lab with Anglia Farmers, we might be able to find some conclusive evidence for using minimum-tillage in soil management, resulting in carbon capture through increased organic matter and so an improved bottom line.”

As well as trialling Mr Woof’s roller crimper suggestions, the group will trial other methods to reduce the use of glyphosate and lower input costs.