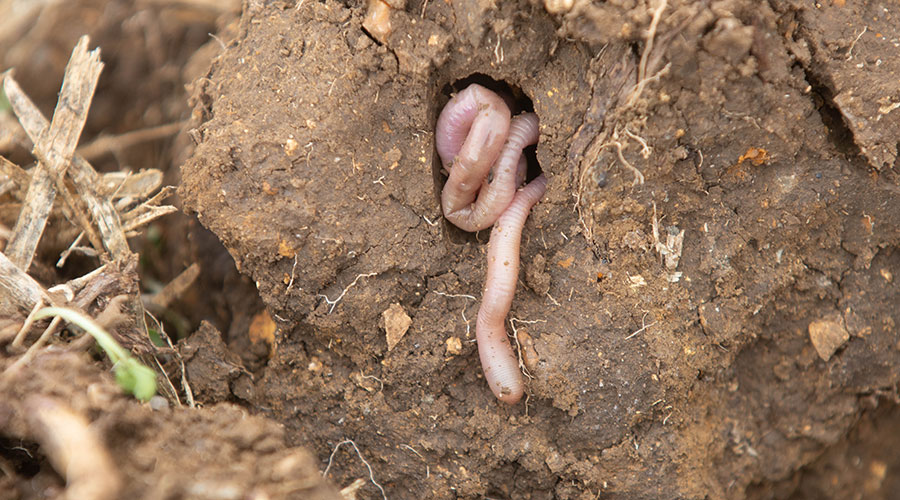 Earthworms are a key indicator of soil health as their activity offers many benefits, including greater nutrient availability, improved drainage and enhanced soil structure, all of which help to maximise yields.

Many observations have suggested cover crops can promote worm numbers, however, research from Cranfield University has now quantified this increase.

The trial investigated the impact of a cover crop mixture planted in a wheat-maize-lettuce rotation on lowland peat soils at a Cambridgeshire farm between 2016 and 2019.

Researchers established a cover crop mixture comprising mustard, oilseed radish and black oat. Measurements of earthworm abundance, soil nitrogen and moisture levels were taken at two separate times; after the cover crop was planted between wheat and maize planting and between maize and lettuce planting.

They found that earthworm populations were three times greater after the cover crop compared with a treatment without any vegetation from cover crops.

“The continuous vegetation provided by the cover crop combined with reduced tillage, resulted in a huge increase of earthworms,” said Tom Storr, researcher at Cranfield University.

Dr Storr also pointed out that the benefits of the cover crop were particularly notable when they were grown for a longer period.

Results also showed that earthworm numbers are adversely affected by soil cultivations, so reducing the depth and intensity of tillage can promote their communities to aid soil structure, water infiltration and nutrient availability.