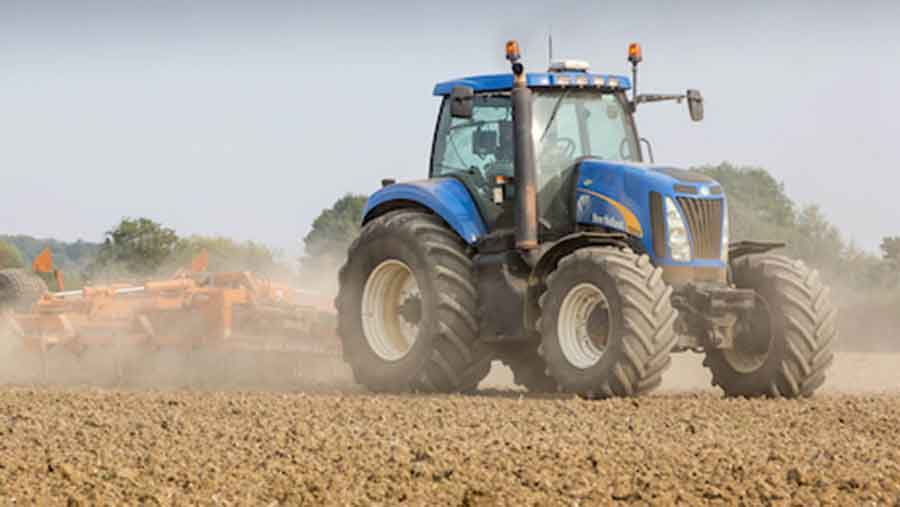 A severe lack of soil moisture is causing major worries for growers with huge areas of parched crops either stunted by prolonged arid conditions or choked off altogether.

Crops in East Anglia, the South-East and parts of the Midlands have been hit hardest by limited rainfall since September.

Last week a survey of AICC agronomists revealed that a staggering 9% of oilseed rape across 18 English counties is thought to have been written off by drought.

Hertfordshire, Essex and Bedfordshire are among the counties where crop establishment has been worst affected by dry soils.

Very dry in Essex atm. Anyone stopped drilling wheat due to dry ? Ploughed land set like a brick pic.twitter.com/j9I3v0008q

Harry Mouland says it has been so dry in his part of Essex that he’s only just been able to spray off his first blackgrass chit of the autumn and is now hoping for rain.

Giving the first #bg flush the last dose of chemical, praying for this rain at the end of the week and get the drill out #dry pic.twitter.com/ySHX8LgT5B

Essex grower and NFU vice-president Guy Smith uses the hashtag #essexdesert to describe the arid conditions. His August drilled oilseed rape has failed to establish as a result.

Started ripping up the Aug direct drilled rape today – looks just like it did 50 days ago. Not a leaf of anything to be found. #essexdesert pic.twitter.com/s2XkrTSZi2

Ian Lutey adds that blackgrass is still emerging despite the drought.

Here it comes even in a drought. Much more to come I m sure. #bg #delayeddrilling #bebrave pic.twitter.com/TColmx6VIa

1st Nov drilling beans into dry clay with the air conditioning on 😳 pic.twitter.com/fuPlfn5TUa

The effectiveness of pre-emergence herbicides is also taking a knock in some areas.

Received this photo this morning of some w.barley, clearly shows how the dry conditions are likely to reduce efficacy of pre-ems. #roundup pic.twitter.com/kGAnmVHiKY

Seed germination and crop establishment has been badly impacted in areas of Kent, Surrey and Sussex.

'I haven't seen it this dry since I moved to this farm 30yrs ago'. We thought the OSR went in dry…Wheat drilled 3wks ago…#needsnocomment pic.twitter.com/rhP6z8JgVH

Cambridgeshire grower Kevin Hull is one of many growers who has had to write off oilseed rape crops and redrill.

Last field of drilling. Was osr but have lost 120a to #csfb + dry. #notajobiwantedtodo pic.twitter.com/dL89pqup4d

Last field of wheat drilling this autumn, is this really the end of October? Shirt sleeves & dust, bonkers! pic.twitter.com/pWhLmOn1Bl

Even in the typically wetter west, Dorset and Wiltshire-based agronomist Todd Jex says crops needed rain, although this has encouraged another flush of blackgrass.

@AgriiWest the crops needed to get some rain but we've now had another flush of these devils pic.twitter.com/EL0PJnQ8oP