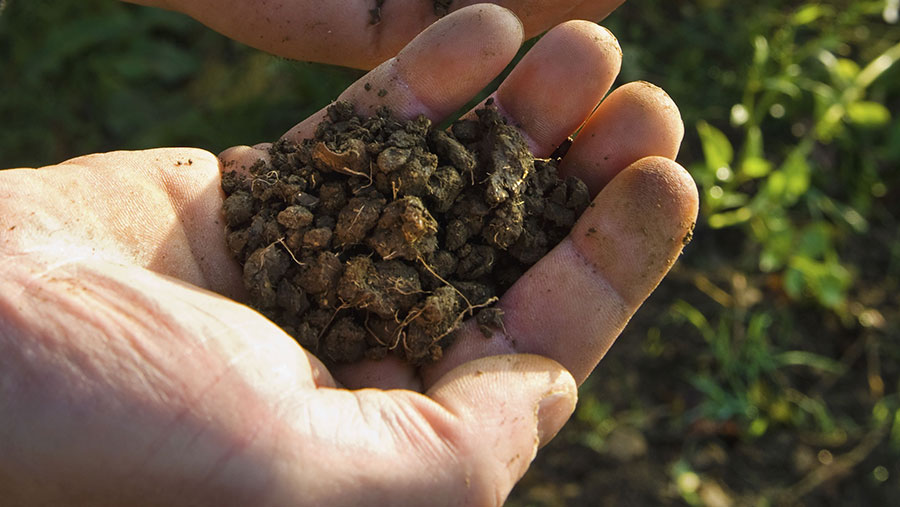 Our soils are in trouble. That has been the clear and much-publicised message from the scientific community in recent years.

But despite the gloomy headlines, Wilfred Otten of the Cranfield Soil and Agrifood Institute says there is reason for optimism as exciting new technologies help improve our understanding and management of an extremely complex soil environment.

The problem of soil degradation is not new, with the great dust storms in the US through the 1930s being one historical example, but the challenges today are much different.

It is predicted there will be more than nine billion mouths to feed by 2050. 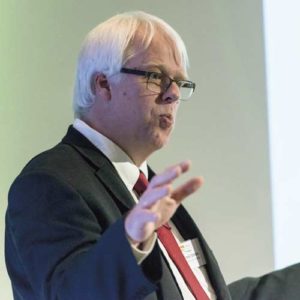 This will only put more pressure on our soils and further compromise their ability to produce food and support other vital ecosystem services, such as biodiversity, water quality and carbon storage.

There is also the issue of climate change, with predictions of more extreme periods of hot and dry or wet weather increasing the risk of wind erosion or run-off.

Immediate action is required to stop this decline and agriculture will be at the forefront of that change.

Organic matter or soil carbon has huge potential to not only help improve the health of agricultural soils, but also offset the impact of carbon emissions on climate change through sequestration.

This potential has been reflected in the “4 per mille” soil carbon improvement target agreed at the 21st annual Conference of the Parties (COP21) in Paris, as part of the United Nations Framework Convention on Climate Change (UNFCCC).

Find out more about Arable Horizons, and to sign up to attend future talks.

It was the first time soil science had been included in the climate change agenda as a potential solution provider and 150 nations signed up to increase organic carbon content of their soils by 0.4% each year for the next decade.

Prof Otten highlighted that responsibility does not solely rest on agriculture, but 20-30% of the target can be attained by farmers to make a significant difference to slowing the impact of climate change.

“It will also bring some indirect benefits to farming and a recognition [by the public] that farming, rather than eroding our soils, can make a positive contribution to soils and to society,” he added.

Soil organic matter is our “comfort zone”, as it is easily measured and we understand how to improve it, but the subject of “soil health” sparks much debate on what it means and how it can be improved.

To shed some light on this, a recent study published in the journal Soil used farmers and land managers to identify on-farm practices that are thought to improve soil health.

An expert panel of scientists and industry stakeholders then looked at the available research literature designed to test those practices.

Each of the 27 identified were scored between 1 and 100 (100 being most certain) for effectiveness, certainty of evidence and potential negative side effects. The results from a selection of common practices can be seen in the table below.

Of those assessed, just three were considered beneficial to soil health with a high degree of certainty, with a clear majority not supported by hard scientific evidence.

Some of these were surprising, with controlled traffic farming practices only “likely to be beneficial”, when a higher degree of certainty that it is beneficial could be expected.

Similarly, changing tillage practices, such as shifting from the plough to no-till, or converting to an organic system were seen to have a high number of trade-offs after the review.

Prof Otten explained this doesn’t necessary mean these practices should be ignored, but instead has proven to be a useful exercise in highlighting areas where there is room for improvement or knowledge gaps to fill.

“We tend to focus on the ‘knowns’ and make them better, but maybe we should focus on the ‘unknowns’ that we have in science and take a ‘leap of faith’ and say – ‘this is where we can make the improvements,’” he added.

So how can the “unknowns” be explored by scientists?

As part of the government’s Agri-Tech strategy, the Centre of Applied Crop Science (ACS) was established with a new Soil Health Facility, set up at the Cranfield Soil and Agrifood Institute to accelerate the pace of applied soil research.

Large containers can be used to simulate any physical and structural soil conditions and managed using a variety of techniques – such as no-till or any number of crop rotations – in a range of climatic conditions in the glasshouse.

Prof Otten explained this revolutionary method will allow the rapid assessment of how cropping practices affect soil health in simulated field conditions, cutting out some of the heterogeneity of similar studies in the open environment.

“This will be a big step change for providing the evidence base [for soil management practices].

“We can assess different strategies and provide better advice for implementation, giving more guidance as to when it will work and when it won’t.

“So [it will be] more targeted advice,” he said.

Another area that could potentially lead to advances in soil health is using novel technology to examine soil pore space at a microscopic scale.

It is in this pore space where all the chemical and biological processes of a functioning soil take place and has been largely ignored in the past, but could provide the key to designing revolutionary new techniques in soil management.

One of the tools that will help to open this “black box” is X-ray tomography, which can produce 3D images soil – in large blocks to tiny aggregates – to effectively give scientists a map of pore space and how it is all interconnected. 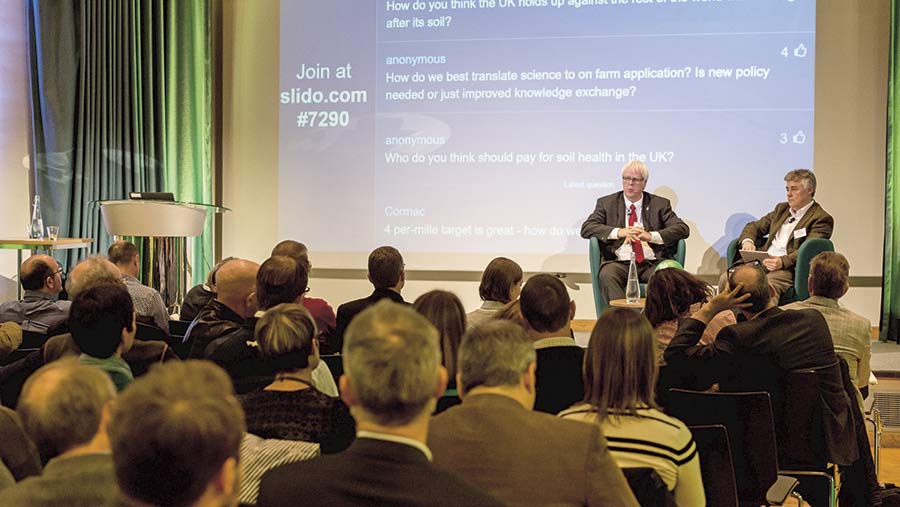 This could ultimately give farmers the ability to manipulate the microbial community in the soil to benefit crops by optimising and reducing our reliance on fertiliser and pesticide inputs.

“If we are to find a way to steer the micro-organisms in the way we want them to behave, to get benefit from it, we need to understand these processes,” said Prof Otten.

As an extension of investigating soil pore space, researchers are also looking at crop roots to shed light on their influence on soil structure and interaction with the soil micro-organisms within pore spaces.

“It will mean we can give better guidance to what traits we want from our root system for specific soil types… and may mean crops are no longer just selected for yield, but also for [what is] below ground,” explained Prof Otten.

See also: Watch the video of the full The future for UK soil science talk