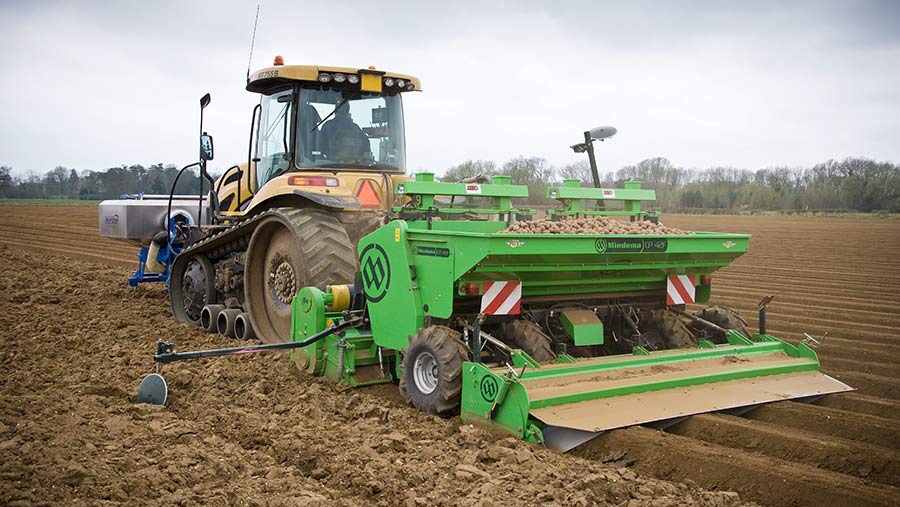 A Shropshire grower is trying to limit the damaging effect of heavy cultivations for potato crops to his light soils through the use of cover crops.

He has seen worm numbers increase since introducing the cover crops to his rotation.

However, his cereal crops were heavily dependent on receiving rain at the right time due to the naturally low organic matter content of his soils, limiting their water holding capacity.

Soil slumping in the potato ridges was also causing a lot of problems in wet years, so, keen to understand his soils better, Mr Reilly undertook a soil health survey and has also joined a Sustainable Soils group.

Now, since switching completely to spring cropping and growing a cover crop on every field over the winter, combined with reducing cultivations before cereals, worm numbers on the farm have increased from just one to six or seven. 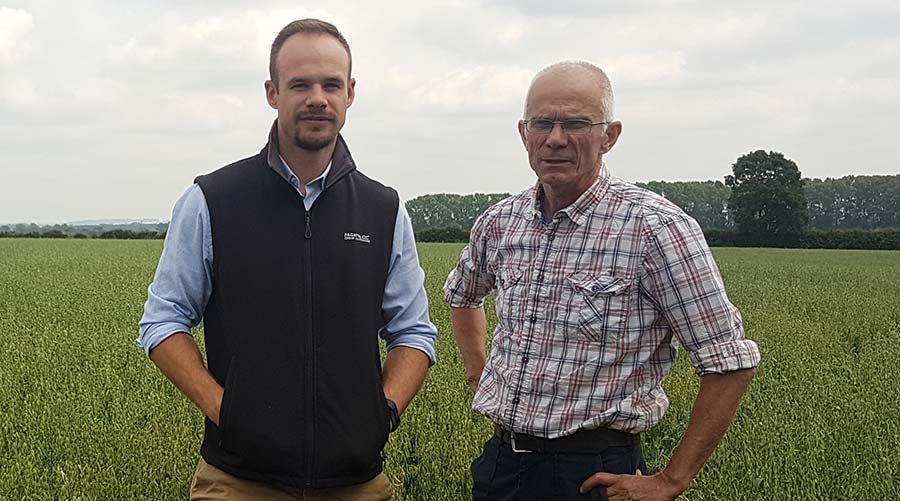 In 2016, Hutchinsons soil consultant Ed Brown visited 85 farms in the West Midlands to get a better picture of the state of soils in the area, looking at soil structure, worm numbers, cultivation and muck use, and also how root crops affected soil health.

Mr Reilly was one of those farmers. “Growers have made a lot of changes without really understanding their soils.

“I was curious to see how our soils might stack up and compare with other arable systems,” he says.

“In hindsight we were getting good results and quality despite what we were doing, not because of it.”

Loss of ignition method tests revealed that Mr Reilly’s light soils had an organic matter content of just 2%, with some of the lightest areas being only 1.5%.

While Mr Reilly’s soils naturally struggle for organic matter, the intensive cultivations necessary for the potatoes and Chantenay carrots do not help, and he believes there weren’t many successful cereal harvests left in his soils.

When he partially made the switch to spring cereals, he found these yielded close the average yield of his winter crops, while also achieving a seed crop premium and having lower inputs, and provided the opportunity to introduce cover crops.

“Any farmer growing crops on this soil type with higher cultivations is growing on life support, there is no back up in the soils if it doesn’t rain.

“Winter wheat around this area prior to May this year was looking stressed.

“Now we are trying to build in some resilience, so when things go dry they are not immediately droughting out,” he says.

The first change Mr Reilly made under the advice of Mr Brown was to introduce cover crops to the rotation, so he invested in a seeder unit to put on an existing cultivator in order to establish them quickly and cheaply.

The mix, which Mr Reilly creates himself from straights to keep the price around £20-25/ha, consists of vetch, linseed, phacelia and oilseed rape. This is drilled in either September or October.

Cover crops are now part and parcel of his farming practice, with every field having a cover crop over winter.

The biggest challenge Mr Reilly faces with his cover crops is establishing a successful crop after his potatoes, with three fields that were later lifted last harvest looking scruffy.

This season he plans to bale all the straw and then use an air seeder mounted on a 6m Vaderstad Carrier disc cultivator to establish his cover crops in one pass after harvest.

With cover crops working well, Mr Reilly turned his attention to his cultivation and establishment methods, which is where being part of Mr Brown’s Sustainable Soils Group is really helpful.

The informal group of 17 like-minded growers are all at various stages in their journey to improve their soils.

They come together regularly to share experiences and this has given Mr Reilly the confidence to try new things, such as the move to min-till.

“Ed and the group give you the confidence to go against convention and recalibrate, and believe that it will work,” he says.

Mr Reilly used to plough and combi-drill, but a member of the soils group did some contracting for him last year with a Mzuri drill, which Mr Reilly compared with a John Deere 750a direct drill and a Vaderstad Rapid.

“You get so used to ploughing and combi-drilling that you have to recalibrate your brain to accept the results from min-till once the drill has been through.”

Although difficult to make any firm decisions based on just one year, Mr Reilly has decided to continue using the contractor with the Mzuri drill

It offers a halfway house between ploughing and direct drilling, and it is more likely to succeed when conditions aren’t great.

“We didn’t contract out drilling before, but this way we haven’t had to make any commitment.

“Everything we do is constantly reviewed, there isn’t a blueprint.”

In spring 2018, Mr Reilly was forced to plough to dry everything out, but this spring he didn’t even plough in front of his potatoes as the rainfall was very different and applications of chicken muck and manure meant he had good soil structure.

Equally there is no blueprint for cropping. After last season’s drought, which halved Mr Reilly’s cereal yields, he had to re-evaluate if the farm should return to winter cropping, however he decided to stick with it and was rewarded with rain in May.

Mr Reilly has found that some potato growers don’t see the point of trying to improve their soils while the crop is in the rotation.

“Somebody said to me, aren’t you just undoing all your good work with the spuds? But I think that if we can improve soil structure as much as we can in future years then the soil will, hopefully, be more resilient to the damage and we will still get better yields and quality.”

“We haven’t cured the slumping issue, but hopefully, by building up organic matter we might have reduced the problem.”

Although the original fields have not been retested for their level of organic matter, Mr Brown would not expect to see huge increases in such a short period of time.

However, worm numbers have visibly increased, he says.

“We found just one worm back in 2016, but now we are finding six or seven in a couple of spade-fulls of soil, and we are seeing worm casts on the surface,” says Mr brown.

“We do three or four different assessments each year to monitor whether things are working to improve soil health.”

For Mr Reilly the big test will be if one day he can return to winter cropping.

“It would be a good test of what we have achieved if we can grow winter wheat down the line.”