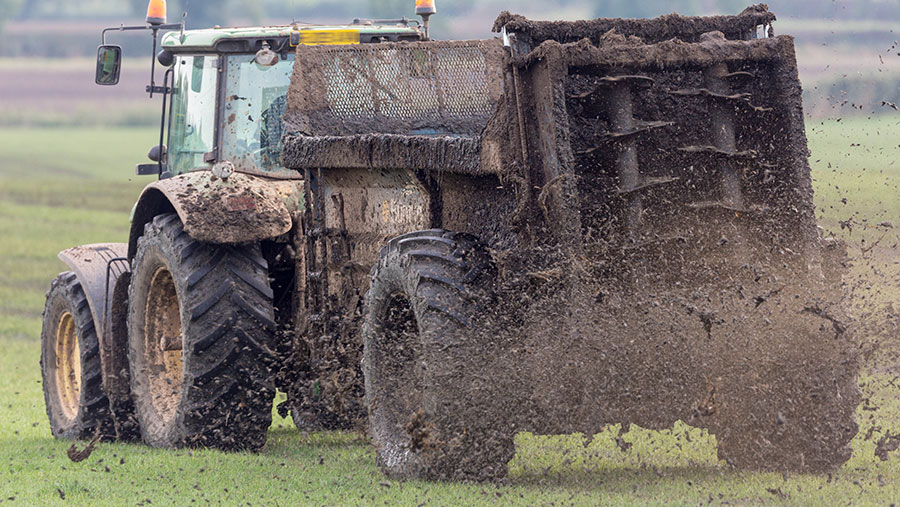 Scientists have solved the mystery of why adding organic material like manure to soils improves flood and drought resilience, climate control and crop yields.

Founded on more than 50 years’ worth of data from a unique field experiment, researchers at Rothamsted Research have demonstrated that common farming practices drain the soil of carbon, altering the structure of soils’ microscopic habitat and the genetics of microbes living within it.

See also: Tips on getting soils and rotations back on track

The team of microbiologists and physicists considered almost 9,000 genes, and used X-ray imaging to look at soil pores smaller than the width of a human hair.

In healthy soils, relatively low nitrogen levels limit microbes’ ability to metabolise carbon compounds, so they excrete them as polymers which act as a kind of “glue” (good for soil) – creating an extensive network of pores that allow for greater circulation of air, nutrients and retention of water.

However, a lack of oxygen in soil results in microbes having to turn to nitrogen and sulphur compounds for their energy – inefficient processes that result in increased emissions of the greenhouse gas nitrous oxide, among other issues.

Writing in the journal Scientific Reports, the researchers revealed that the Victorian-era switch from manure to ammonia and phosphorous-based fertilisers has caused microbes to metabolise more carbon, excrete less polymers and fundamentally alter the properties of farmland soils when compared with their original grassland state.

Lead researcher professor Andrew Neal said: “Manure is high in carbon and nitrogen, whereas ammonia-based fertilisers are devoid of carbon. Decades of such inputs – and soil processes typically act over decades – have changed the way soil microbes get their energy and nutrients, and how they respire.”