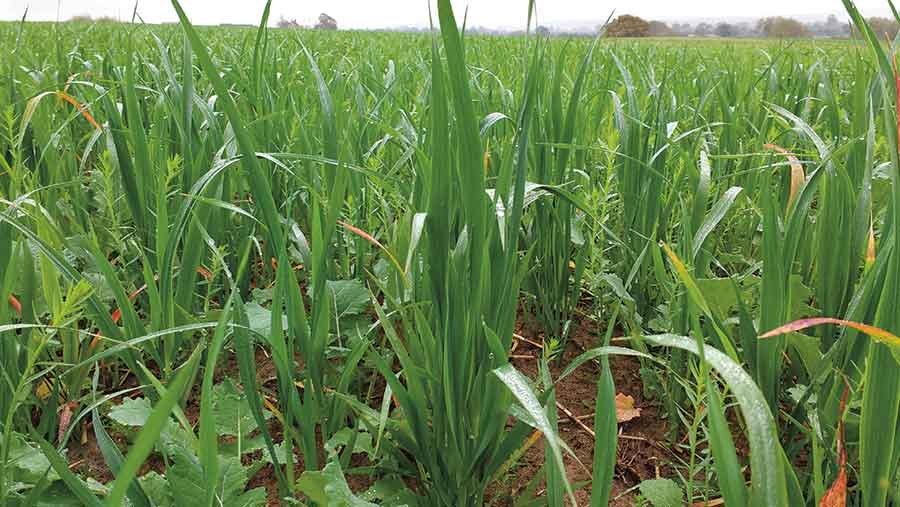 Cover crops and applying manures can help growers cut the damage from the intensive cultivations often necessary when establishing potatoes.

Building soil resilience through the rotation is essential, as farms growing potatoes can have one-third less organic matter than those without them.

Hutchinsons agronomists Ed Brown and Geoff Bastard say growers need to build up soil fertility ahead of potatoes and avoid leaving ground bare during the winter.

They conducted a survey of local growers in Shropshire about soil health to try to come up with advice for farmers on how to counter the effect of soil damage.

“The twin effects of root cropping and leaving ground bare over the winter period are having an obvious effect on less-resilient soils,” says Mr Bastard.

“Soils left open to winter weathering are at high risk of slumping, silt capping and compaction, which result in a number of problems.” 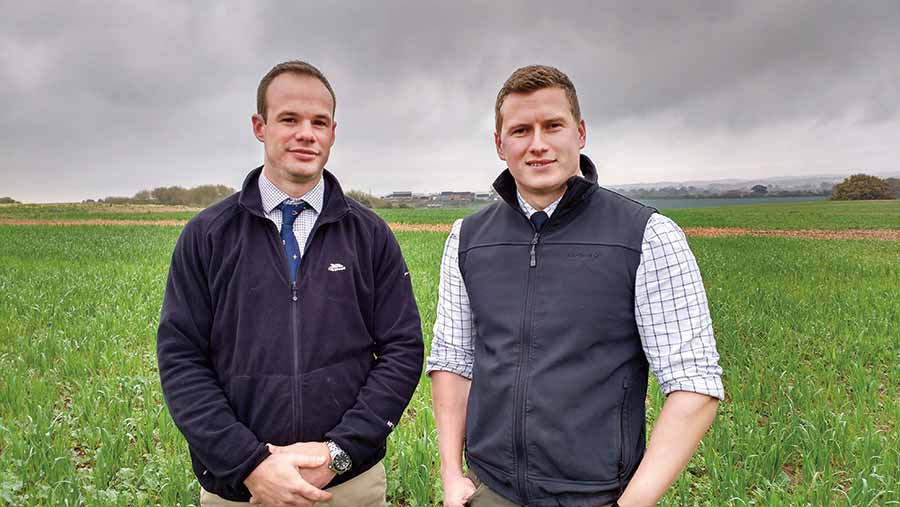 Growers need to consider all ways of promoting soil fertility and structure by reducing cultivation depth and frequency and increasing cover cropping to build up soils.

Those with livestock can also spread muck and use grass in a rotation where possible.

“We would encourage all growers not to leave ground bare over winter, but this doesn’t mean they have to establish an expensive cover crop with a dozen different obscure varieties,” says Mr Bastard.

He suggests establishing a simple cover crop, warning that the more complex the variety mix, the narrower the window for establishment.

The survey showed just over one-third of respondents had potatoes in their rotation and their soils had 33% less organic matter than those of growers not cultivating spuds.

The potato growers had an average organic matter content of 1.95% compared with 2.95% for farms not growing potatoes.

Soils used to cultivate potatoes also had 50% fewer worms, so they lost out on the worms’ action to incorporate surface trash.

“Worms break apart the soil and create channels for water and roots to follow. They are also very good at incorporating surface trash into the soil profile.

“They are a lot cheaper for cultivation purposes than a 200hp tractor,” says Mr Brown.

Mr Brown says it is difficult to put a value on managing soil health in financial terms, which means some growers see no value in it.

“In fact, for most growers, looking after soil heath in a preventative manner is simpler than having to remedy issues once they have arisen,” he says.

Where growers have trialled a cover crop for a short time but have seen little benefit, Mr Bastard points out that soils which are considerably damaged will take a number of years to show improvement.

“In that time, however, there will be other benefits to the land such as better control of grassweeds. And when a difficult year causes damage, soils should be in a better place to cope with it,” he says. 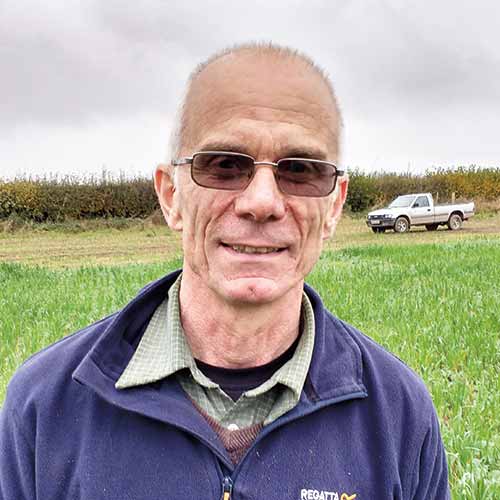 One grower tackling soil health is farm manager Tony Reilly, who is responsible for 200ha of sandy and clay loam soils at Tern Farm, between Shrewsbury and Telford in Shropshire.

The farm is largely spring cropped, with potatoes the cornerstone of a one-in-five rotation that comprises spring oats and barley, combinable peas and one crop of winter wheat.

“We often use the horsepower available to us simply because we have it,” he explains.

Mr Reilly was motivated to get involved with the survey after visiting the AHDB strategic potato farm in neighbouring Staffordshire, where the latest research is demonstrated to farmers.

Slumping ahead of potato establishment has made bed cultivation more time-consuming and costly on their farm in the past four years.

The 8ha plot that is being surveyed was last cropped with winter wheat and will have potatoes planted in the spring.

Mr Reilly explains that in the past the field would have been sprayed off with glyphosate in October, before a springtime application of chicken manure, which would be ploughed in ahead of potato planting.

However, the soil survey revealed the field showed signs of slumping and the decision was taken to establish a selection of cover crops as a trial.

“All of the crops apart from the linseed have come from home-saved seed, so it hasn’t been very costly to establish,” explains Mr Reilly.

The plants have different rooting depths, so a better structure should be created. This means potato cultivations should cost less next spring, as each pass will take less time and diesel.

“Once we have the results we can build a strategy around that, which may involve investing in different machinery,” he says.

In addition to cover cropping, Mr Reilly has also been attempting to increase the organic matter content of his soil by swapping his straw for muck from a neighbouring farmer’s beef enterprise.

What is the cation-exchange capacity of a soil?

Laboratory soil analyses often produce a value for the soil cation-exchange capacity – a measure of the soil’s ability to retain nutrients and pass them on to plants.

Low capacity is a limiting factor to a crop reaching its potential, and a low value will be a good indicator there is room for improvement in soil structure and organic matter.

Cations are the state in which many nutrients exist, including calcium, magnesium, sodium and potassium – all of which are vital to crop growth and nutrition.

In a livestock area this is likely to be by spreading manure, or adding a grass ley into the rotation. But arable farmers without access to livestock should consider more spring cropping to add in cover crops, and also reduce their cultivation depth if possible.

“Arable farmers who have no livestock, no grass and no muck will find increasing the organic matter of their soil a challenge. It all comes down to the cultivations,” says Hutchinsons agronomist Ed Brown.

“Growers who haven’t considered a spring crop option for a while should take another look at the latest varieties, as there has been good progress made on improving yield,” he adds.