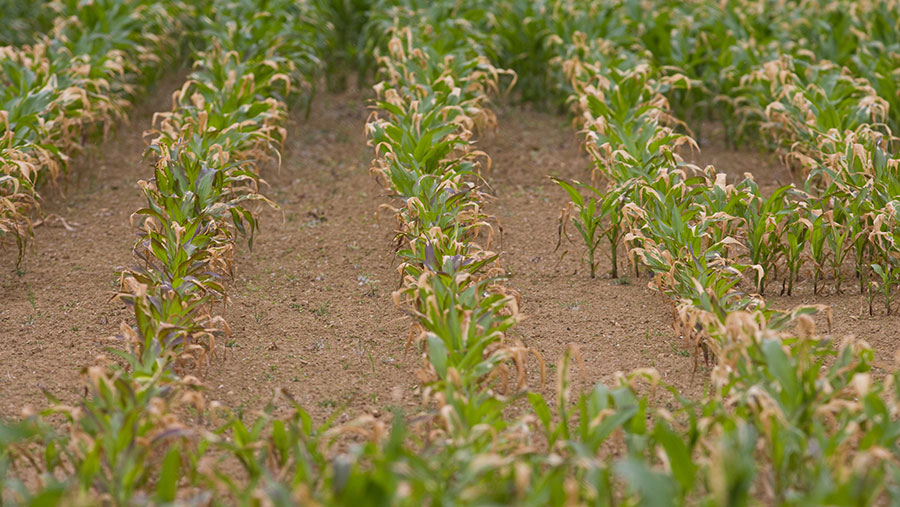 New opportunities to create compaction-resistant crops that are able to grow in the hardest of soils could be on the horizon thanks to a scientific breakthrough.

Researchers discovered how the plant signal ethylene causes roots to stop growing in hard soils. But this signal can be “switched off” to allow roots to punch through compacted soil.

The research team was led by scientists from the University of Nottingham’s Future Food Beacon and Shanghai Jiao Tong University. Their study has been published in the latest Science journal (PDF).

Researchers used X-ray computed tomography scanners at the Hounsfield Facility at the University of Nottingham to visualise how plant roots respond to compacted soil.

“Understanding how roots penetrate hard soils has huge implications for agriculture, as this knowledge will be crucial for breeding crops that are more resilient to soil compaction,” said Malcolm Bennett, from the University of Nottingham School of Biosciences.

Compacted soils represent a major challenge for agriculture that can reduce crop yields by more than 50% by hampering root growth, causing significant losses.

Soil compaction triggers a reduction in root penetration and uptake of water and nutrients which can cause yield losses of up to 25%. In the UK alone, losses associated with soil compaction are estimated to be £355m-£585m/year.

Despite its clear importance for agriculture and global food security, the mechanism underpinning root compaction responses had been unclear until now.

Lead researcher Sacha Mooney, from the University of Nottingham, said it had previously been assumed that the hardness of the soil prevented roots from growing deeper.

“By using our imaging approach, we were able to see that roots continued to grow in very hard soils when the ethylene signal was switched off,” said Prof Mooney.

“The potential for new crops that can now go deeper in soils and capture previously unavailable resources is really exciting.”

The international team involved in this study included researchers from nine universities based in Europe, China and the US, integrating expertise spanning plant and soil sciences, bio-imaging and mathematics.