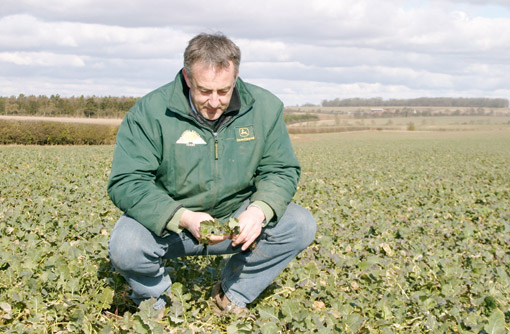 It has been known for a long time now that the 2013 harvest is going to test the resolve of British farming like few before.

So many spring crops in the ground, a national rape area that will produce much less than normal, many cereal crops that will just not yield and now to add to that, the grain prices have dropped dramatically.

Forward selling would seem to have been the way to go this year as reports from the US and eastern Europe speak of large crops. Only something drastic from Mother Nature is going to correct this decline. She has certainly helped us in the past, but my fear now is she is correcting herself and we are in for a rough time in the markets. Let’s hope I am wrong, but I am a little smug as my forward selling looks like it will pay off this year (finally).

Perhaps off the back of current commodity prices, we can see the producers of our inputs come to the party and help reduce our costs, perhaps a pipe dream, but if things keep going the way they are I can see far more use of fallow land in the future. Certainly this season I have planted some spring barley into ground we didn’t get drilled last autumn that frankly would have been better off left fallow, mucked and got ready for early next season, as the current crop looks poor. Thankfully, it is only a small area.

With harvest looking like it will have the latest start I have ever known and all my harvest help onboard, what the hell I am I going to get them to do for the next month or more before the combine comes out of the shed. We only have so much we can do in the grain stores; perhaps I could extend that by using toothbrushes. Maybe I will just settle for having the cleanest Land Rover in the area.

Let’s hope harvest has started by the next time I write.