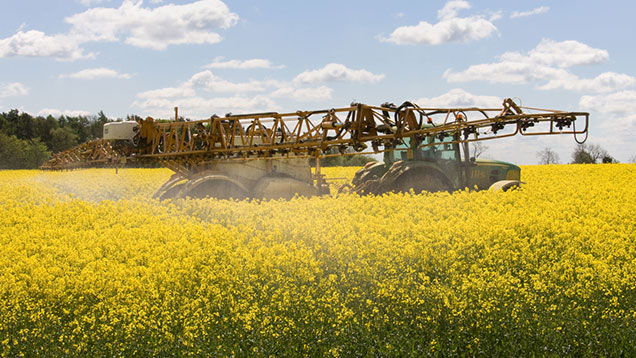 Crop protection accounts for about half of the variable costs of growing oilseed rape and opting for more resistant varieties may cut this.

There has never been a more challenging time to grow oilseed rape in the UK, with the light leaf spot invasion in the South coupled with the rising threat of flea beetle and turnip yellows virus in the aftermath of the neonicotinoid seed-treatment ban.

“It’s not just about yield, it is also about disease resistance because disease reduces yield and costs farmers money,” he says.

Of the diseases, Mr Leaper highlighted light leaf spot at a press briefing last week at North Farm, near Swindon.

He stressed that it was now a major disease threat to crops in all areas of the UK, not just areas in the North.

Light leaf spot – how to spot the signs

This is underlined by early predictions from the Rothamsted Survey, which indicates 2015 is set to be a very high year.

More than 90% of crops in the South have more than a quarter of plants infected with the disease, up from 42% two years ago.

“It looks like a very high year and this means farmers will have to spray regularly,” he said.

On top of this, 30% of the national oilseed rape crop is at risk of light leaf spot, having a rating of 5 or less.

This suggests real savings can be made by harnessing varietal resistance.

Mr Leaper believes it is now time to give light leaf spot resistance a fair consideration when selecting OSR varieties.

“For example, it is difficult for me to recommend Quartz on the basis that has a weak rating for light leaf spot,” he added.

Use the interactive maps below to see how light leaf spot infection has increased in your area since 2012.

These maps use light leaf spot data from Rothamsted Research. 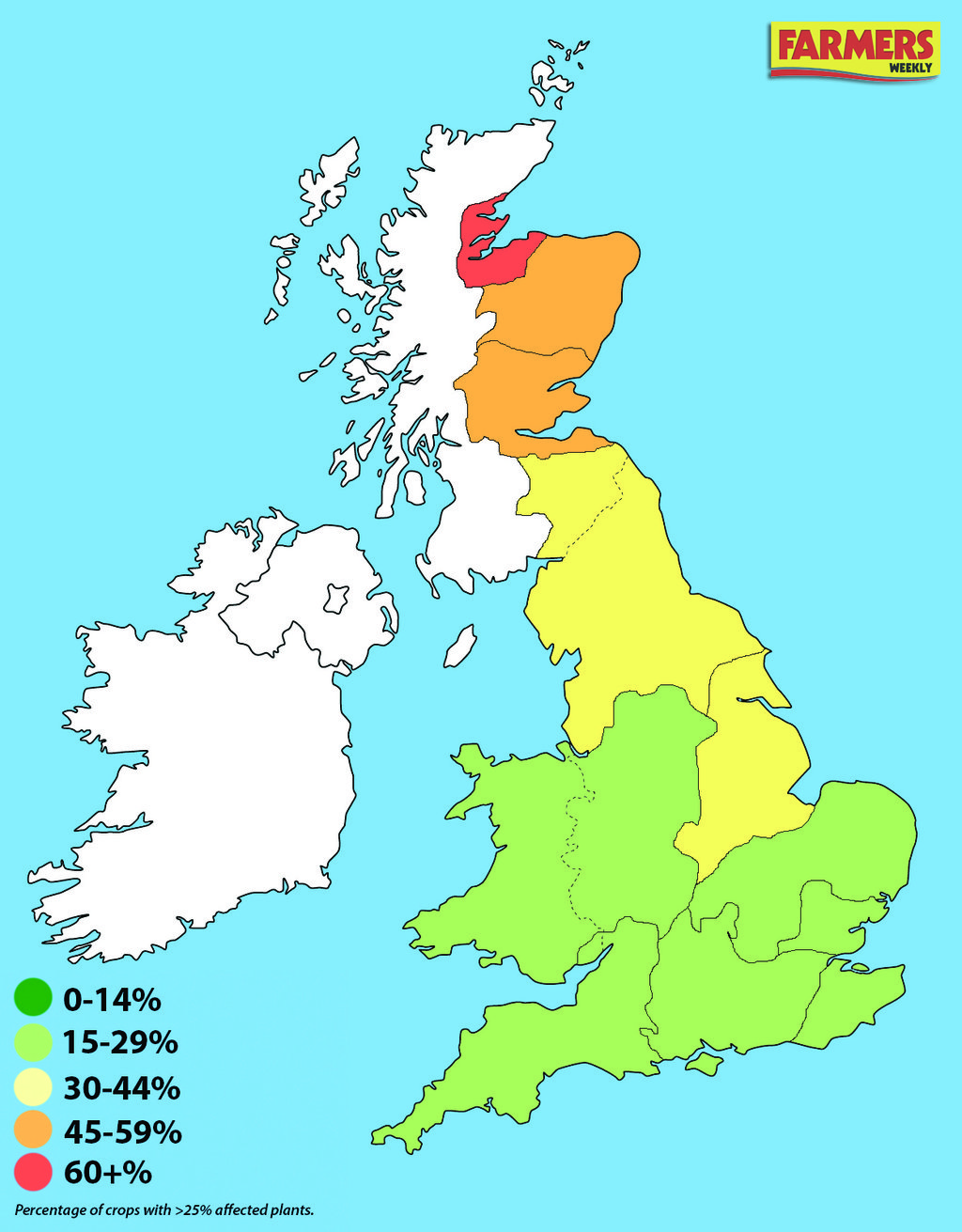 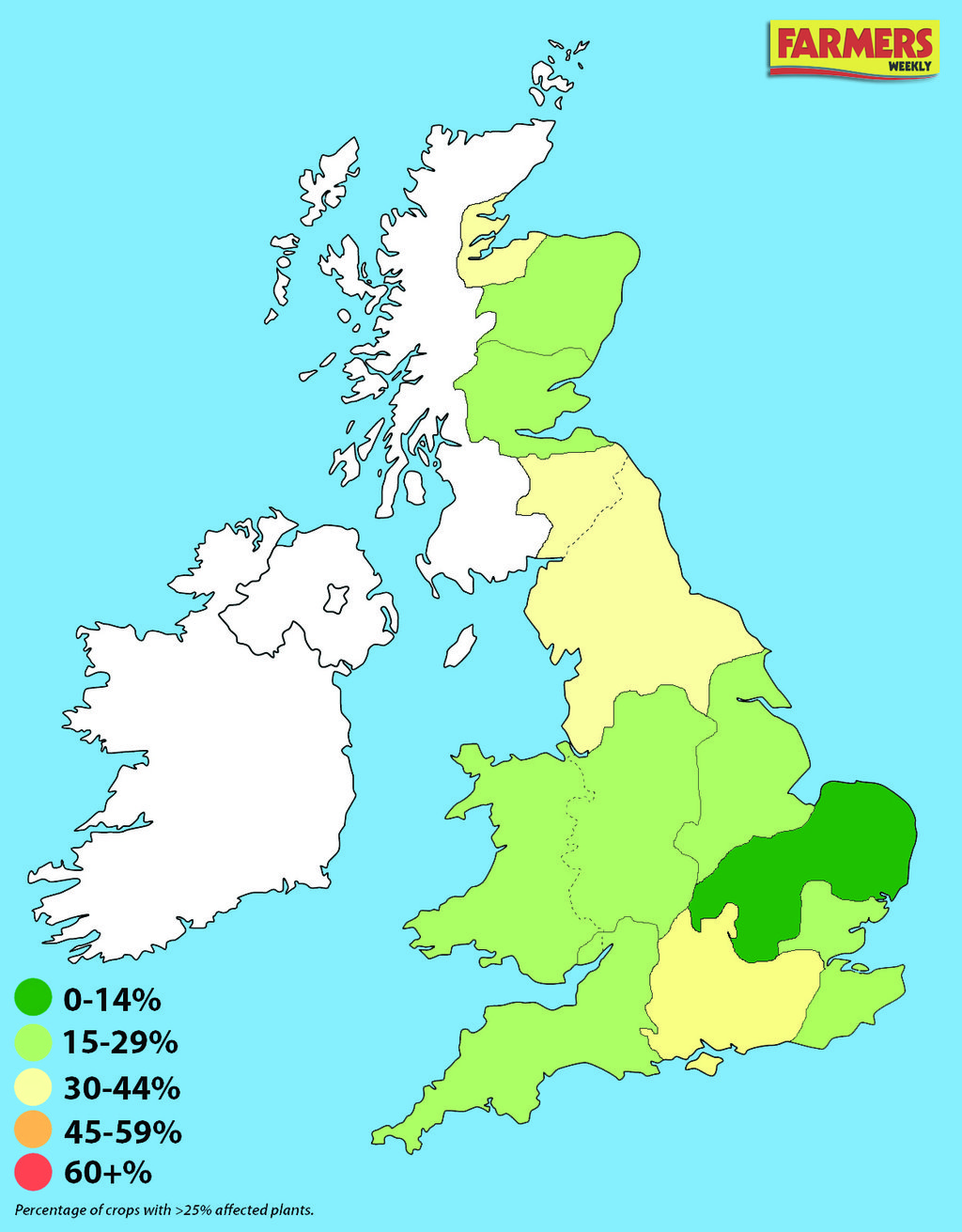 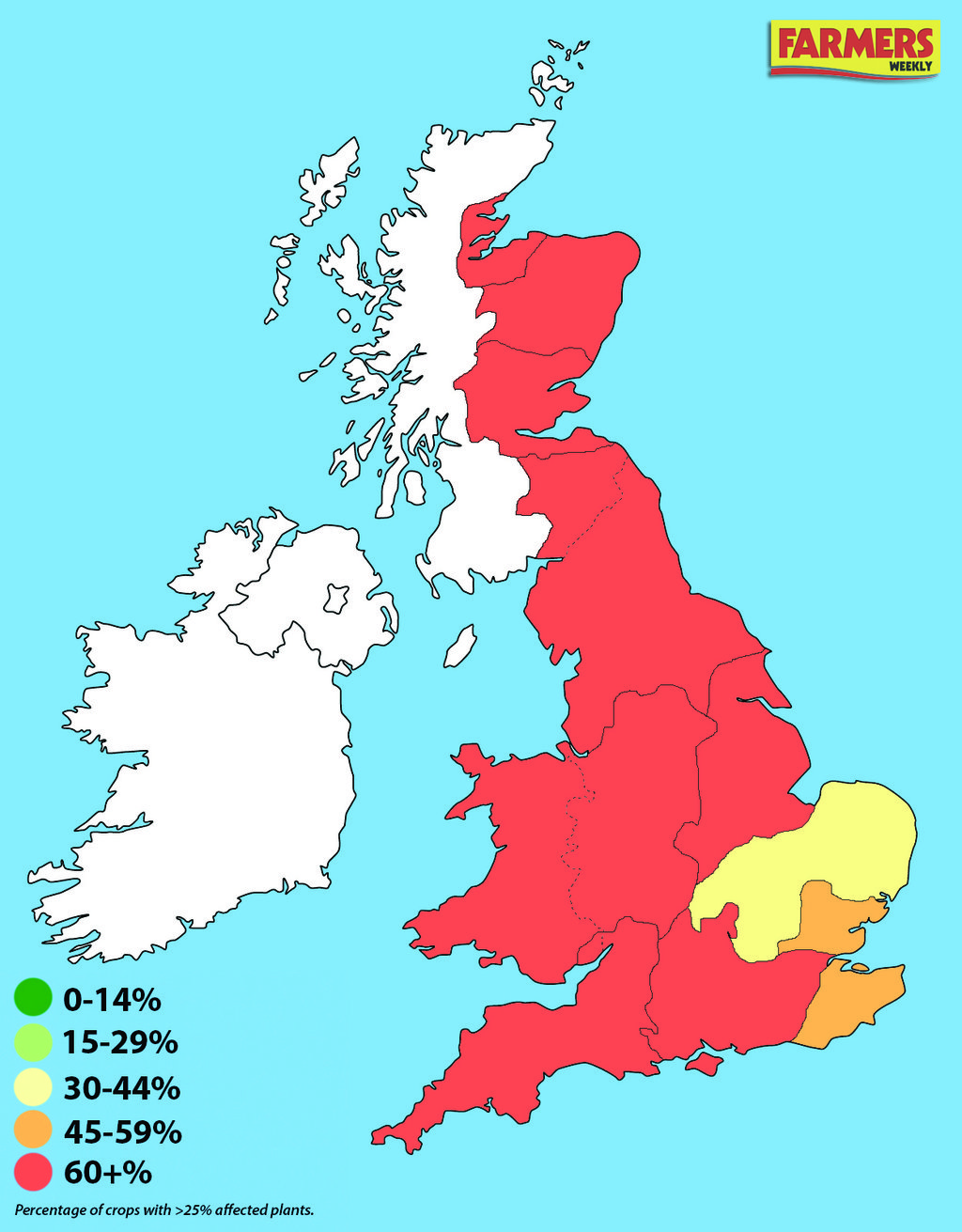