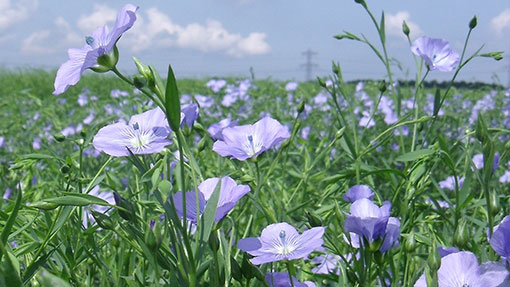 Spring linseed could provide an ideal crop for growers looking to drill late this spring.

With May fast approaching, and the drilling window growing smaller, Adrian Hayler, of Elsoms Seeds, believes linseed can still provide a profitable crop when sown late.

“Linseed performs much more favourably against other alternatives that typically should have been drilled in February and March,” explains sales manager Mr Hayler.

The late drilling window also offers growers time to control weeds, according to the group’s agricultural director, Bob Miles, who says including linseed in the rotation can provide a lot of benefits.

“As well as providing a break from oilseed rape, there is strong anecdotal evidence of a significant yield benefit in wheat crops following linseed,” he says.

The seed company’s new variety Batsman (pictured), which is widely available for the first time this year, will offer growers an early-maturing variety without compromising on the yield, according to Mr Hayler.

Batsman gives an yield of 105% on the HGCA descriptive list, and is among a number varieties, such as Brighton and Bilton, bred by Dutch breeder van de Bilt and trialled and selected for the UK by Elsoms.