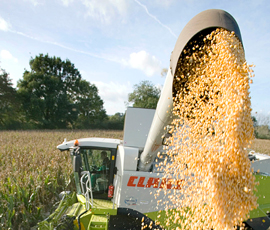 Producers of biogas can simplify the choice of which maize variety to use as a feedstock for Anaerobic Digestion (AD) plants thanks to a new descriptive list from the British Society of Plant Breeders (BSPB), published at the Livestock Event.

Varieties are divided between those suited to Favourable and Less Favourable growing areas.

Speaking at its launch at the Livestock Event 2013, BSPB chairman Brendan Paul said the new list recognised that crop production requirements for AD differ to that of livestock feed.

“Whilst not an exclusive list of potentially suitable commercially available varieties, BSPB is simplifying the variety choice for biogas producers and delivering effective and relevant variety data that producers can understand and trust.”

More news on AD and renewables from the Livestock event: AD advice service launched for farmers