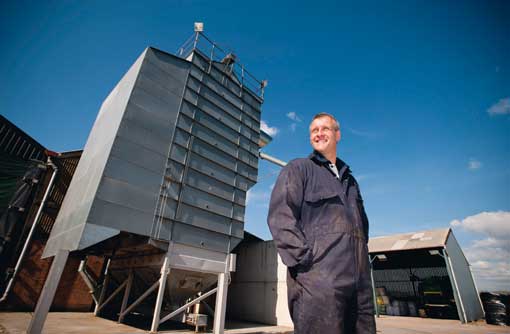 The only thing that trumped the success of the Lions in Australia last weekend was Andy Murray’s triumph at Wimbledon. I hope that most farmers were watching, I know making hay etc is important, but it’s not everyday that you see such a brilliant performance from a Scot (sorry, Brit) on the world stage.

All of us were glued to the television on Sunday afternoon, but, like many of you I suspect, there were moments where I simply couldn’t look. My nerves were in shreds, especially in the last game. Let’s hope another Brit can win the Open and England win the Ashes.

I watched the second Lions test in an open-air bar in Crete. The beer was flowing and I couldn’t have been more content, and despite the result the day was blissful. Unfortunately though, none of the older males can remember getting back to the hotel.

Crete is an island where agriculture is as vital to their economy as tourism. It was essential then that the farmers amongst us hired a car and saw some of it.

For what seemed like mile after mile of olive trees up the long climb into the mountains, we emerged to find there is a huge plateau that is extremely productive. A wide variety of crops are grown, from cereals and potatoes, to melons and vines (including, to my surprise, some broccoli) on farms that seem to have changed little in millennia.

All of the crops looked to be in rude health, and there is no doubting the excellent skills of the producers. But it made me wonder even more how there can be a Common Agricultural Policy that applies fairly to every corner of Europe.

If the judges of the Border Crop and Grassland competition had come from Crete, they would have felt that they were seeing farming on a different planet.

Judging took place while I was away and congratulations to this year’s champions who were the Shaw family from Smailholm Mains, whose farming operation impressed the judges who, just to emphasise, were not from Crete!

More in this issue