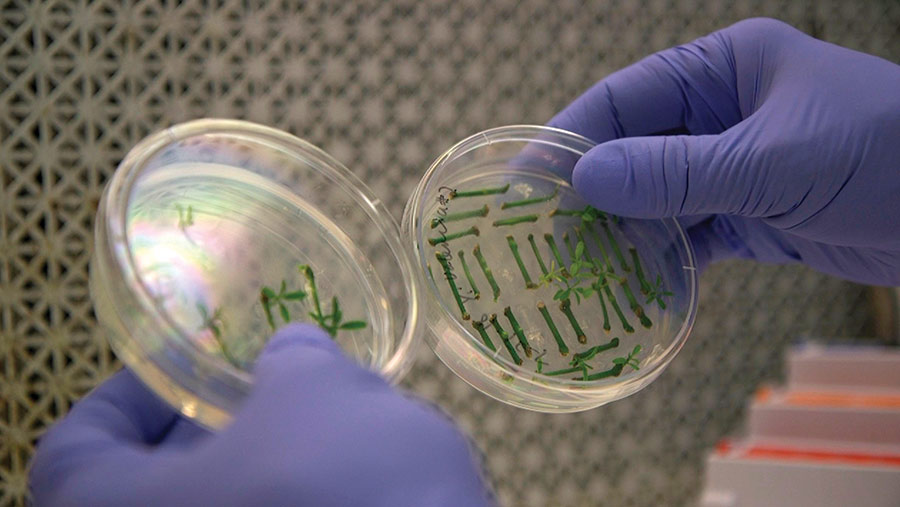 Widespread support for innovative crop technologies, which could make a huge difference to the farming community and food production challenges, has been revealed in a new poll.

The YouGov survey of more than 2,000 people was carried out in July for the Agricultural Biotechnology Council (ABC), the umbrella organisation for the agricultural biotechnology industry in the UK.

Nearly three quarters (72%) said they would support the use of new technologies and innovation – such as new plant breeding techniques to increase crop diversity and security.

While 82% believe there will be an increased emphasis on new technology and innovation in food production and farming in the future – for example, in gene editing, which can help make crops more nutritious, as well as pest and disease resistant.

When asked if they would be supportive of British farmers being able to grow GM crops, 43% said yes.

There was also strong agreement among those surveyed that farmers and scientists are the most trusted groups to help the UK to deal with food production challenges, trusted by 76% and 75% of respondents, respectively.

UK politicians were the least trusted group to tackle these issues, with only 16% of respondents believing politicians are well prepared. But nearly half (49%) would trust UK supermarkets to ensure that the UK is well prepared in the event of any future food production challenges.

Meanwhile, 32% of British adults surveyed believe the consumption of insects will likely become more commonplace, in the wake of challenges in food production.

ABC is calling on the government to use the UK’s exit from the EU as an opportunity to take advantage of ground-breaking technologies that have recently been blocked by political intervention at an EU level.

The European Court of Justice ruled last summer (2018) that gene editing should be subject to the same regulatory framework as genetic modification.

But the use of gene editing and GM technology in the UK post Brexit could help UK farming flourish, while maintaining the highest levels of consumer safety and environmental protection, said ABC chair Mark Buckingham.

“Using cutting-edge technology and growing techniques will enable the UK to deal with the serious challenges of keeping our farmers competitive, maintaining a safe, affordable food supply and protecting our natural environment,” he added.

“With Brexit on the horizon, techniques such as editing individual genes in crops to make them more resistant to diseases offer a fantastic opportunity to help British farmers lead the world in agri-science.”