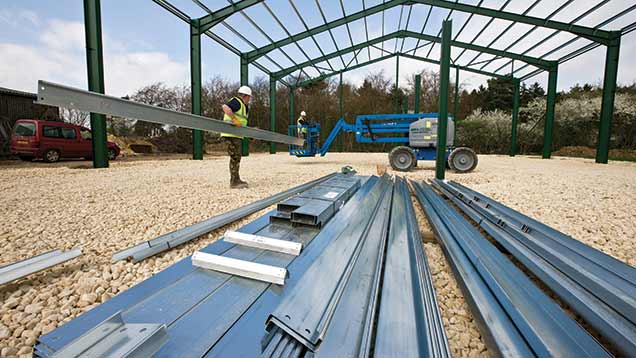 The annual investment allowance is set to be cut – possibly sharply – in December, meaning farmers won’t be able to get such up-front tax relief on capital purchases. So how can they make the most of this valuable relief before the law changes?

According to Andrew Vickery, head of rural services at accountant Old Mill, it is all about the timing and payment terms of eligible investments.

“The only problem is that we don’t know what the cap is going to be reduced to.” At the moment, farmers can offset eligible purchases of up to £500,000 a year against profits, with anything over and above that being written down at 5% a year.

Initially chancellor George Osborne announced the cap would return to £25,000 from 31 December 2015, although he has since suggested it won’t fall as low as that. And of course the outcome of the general election introduces further uncertainty, says Mr Vickery. “There tends to be an emergency Budget after an election, so hopefully that will provide some clarification.”

So what kind of purchases qualify for the AIA? “Any moveable plant and machinery is fine – so all farm equipment, from tractors to mobile grain driers, is eligible,” says Mr Vickery.

However, the reach is far greater than that. “For example, if you’re erecting a grain store or building a reservoir, the integral fixtures and fittings – and labour costs to install them – will qualify,” he adds. This could include ducting, bay separators, electrical and lighting systems, water pumps and so on.

The level of AIA available to farmers will depend on their business year-end, as it will reduce proportionally according to the months left in the calendar year.

So to make full use of the tax relief, a business with a September 2015 year-end should claim the full £500,000 allowance by making the purchases before 30 September. If they were to leave the purchase until December 2015 they would only get three months’ worth of the £500,000 level and nine months of the lower rate, potentially reducing the allowance to about £144,000. Any purchase left until January 2016 might only attract  a £19,000 allowance – nine months’ worth of the lower rate.

However, the finance terms also play a part. “If you buy something outright, that is fine – but with cashflow as tight as it is, many people will opt for hire purchase instead,” says Mr Vickery. In that case, the relevant date is when the machinery is brought into use on the farm, not the date of the purchase.

“If you’re buying a combine, for example, you need to make sure it’s brought into use on the farm before the relevant period expires, or you’ll only get relief on the payments you’ve made.”

“The tax tail should never wag the dog. You always have to look at whether any investment is right for your business first.” And of course, in the long run the tax relief is the same, whether it’s written off in the first year or steadily over a number of years.

“If you are planning to buy some kit anyway, then it makes sense to bring the purchase forward by a month to make the most of the AIA,” says Mr Coote. “However, if you’ve got a regular replacement policy then be aware that you could be hit with a big tax bill a few years down the line when you sell or trade-in that machine and purchase another.”

This is because the machine is valued at zero once the 100% tax relief has been used. When it is sold, that effectively crystallises a taxable profit with the resultant tax charge, and of course the benefit of the AIA may have been long forgotten.

Another fairly obvious factor is that the business needs to be making a profit on which to offset the AIA. “You can use it to create a loss, and carry that forward” says Mr Coote. “I’m not saying that you shouldn’t make the most of the AIA while it’s at the higher level, just make sure you do it with your eyes open to the overall tax effect.”