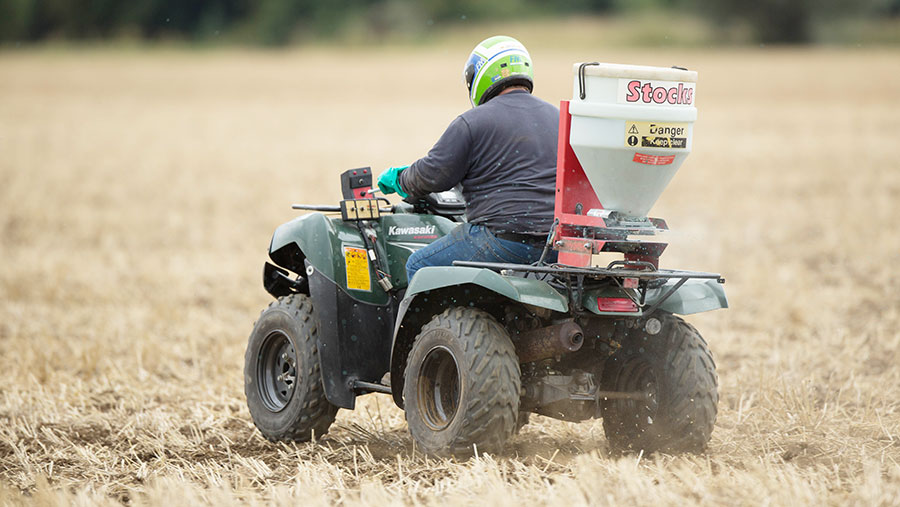 Metaldehyde slug pellets are to be banned across Great Britain in 2020, because of an “unacceptable” risk to birds and mammals.

Defra secretary Michael Gove announced the decision to ban the pesticide following advice from the UK Expert Committee on Pesticides (ECP) and the Health and Safety Executive (HSE).

“It is clear that the risks to wildlife are simply too great – and we must all play our part in helping to protect the environment,” he said.

This leaves the more expensive ferric phosphate pellets as the only approved active for use on arable crops, although metaldehyde use will still be permitted within glasshouses.

Growers have 18 months to prepare for the ban, as metaldehyde slug pellets can be sold for the next six months, with the use of the products then allowed for a further 12 months.

The decision comes despite efforts by the farming industry to encourage the responsible use of the pesticide through the Metaldehyde Stewardship Group.

Consequently, farmers already faced a number of restrictions on its use, including maximum application doses and, more recently, the 10m buffer zone around field margins and along watercourses.

Furthermore, there have been a number of initiatives driven by water companies, working with farmers to reduce the risk of the active reaching ground water.

However, Defra confirmed that levels in water was not a factor in the advice from ECP and HSE to ban metaldehyde.