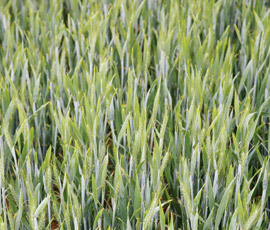 A new testing system for potential milling wheats is being introduced by nabim, it was announced at Cereals.

With a similar feel to the assessment procedure for malting barleys, provisional status will be granted to bread-making varieties as they join the Recommended List.

Further testing will then be carried out by millers, with the aim of granting full approval – where appropriate – some four months later.

“This is a very simple change to the current system. It has been designed to give growers confidence in a variety’s market potential and millers some time to explore the suitability of new varieties for their processes,” explained Martin Savage of nabim.

The three- to four-month provisional approval period will allow commercial quantities of a new variety to be milled and baked, he explained.

“Millers have continued to work with plant breeders and all parties are happy with the proposed timescales,” he said. “New varieties join the Recommended List in December, so the final decision will be made by March. That gives plenty of time for planting decisions to be made ahead of the new cropping year.”

The first candidate variety to be put forward for the new assessment procedure is RAGT’s Skyfall, he reported.