Arable farmers seeking a low-maintenance crop with reliable returns should consider the £500/ha net margin possible from miscanthus, even on heavy land.

A lack of confidence in the sector because of high establishment costs, a turbulent past and a culture unused to long-term contracts has seen uptake fall well below the 350,000ha hoped for by some bioenergy advocates.

There is, therefore, an opportunity for arable growers with unprofitable fields that are difficult to crop. A long-term contract with a regular income offers some predictability at a time of low grain prices and Brexit uncertainty.

Terravesta, the UK’s largest producer group, has 250 growers responsible for a combined 5,100ha of the crop, spread throughout much of England. 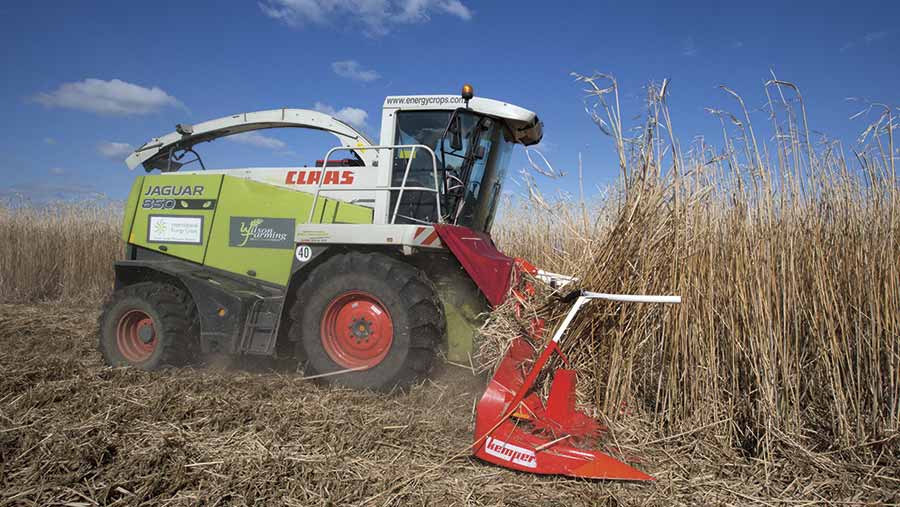 Group chairman William Cracroft-Eley first planted the crop on his farm 10 years ago, and says the benefits go beyond the direct financial return from the crop itself.

He saw a whole farm uplift after establishing the bulky crop on the 10% of his land deemed to be the most expensive to farm – namely the heaviest land with the worst blackgrass infestation.

“The whole farm picked up as the easier land was getting drilled up, and chemical applications were getting done at the best time,” he recalls.

“This scotches the idea of the food versus fuel argument, as taking 10% of the land area out doesn’t equate to a 10% grain reduction – the actual reduced output was 2% or less.”

Mr Cracroft-Eley says that it will grow on virtually any soil type up to 120m above sea level. However, as altitude increases, shelter and aspect “become more critical” for the crop because late frosts will shorten the growing season, impacting yields.

While the agronomic benefits of the crop are relatively uncontroversial, more would question whether the three-year wait for a significant return following a costly establishment is a safe bet given the history of the crop.

Previous companies that dealt in the crop got into financial difficulty, the power station (Drax), which used to buy the lion’s share of the market, cancelled its order and the government ended its support for the Energy Crops Scheme.

However, Cracroft-Eley is upbeat about the future, saying that there are currently more potential markets available than they have crop to supply at the moment.

While losing Drax as a customer was a blow as it could take high volumes, he says the move has given Terravesta an opportunity to develop other markets more swiftly, including those for smaller-scale power and heat generation and pet bedding.

With the smaller Brigg power station already a key customer and more straw burning power stations, which have the capability to take miscanthus, under construction, there is real potential for a diversity of large and small-scale customers, he explains.

Miscanthus has a higher oil content than straw, and generates less ash, so the product is competitive as a fuel, but also attractive to power stations because of the predictability of supply.

He believes miscanthus could close the “weak link” in the power station funding model, which is unpredictable fuel supply and price.

That’s because miscanthus contracts are long-term with moderate inflation-linked price rises, and yields can be reliably estimated over the 20-year life of a crop.

Growers are also protected in times of deflation as in that scenario, prices paid would remain static, rather than fall.

They can expect a net margin over the duration of the crop in excess of £500/ha, according to estimates published by Terravesta, with prices per tonne currently standing at around £75, depending on distance from grower to processor.

There will be financial losses in the first two years, with planting followed by a small crop which is  recommended to be topped off, rather than harvested, as it will not justify the marginal yield.

Currently this compares favourably with traditional cropping, but the company is keen to highlight the predictably of return, rather than claim it is going to outperform other crops under every scenario.

Growing for the Renewable Heat Initiative

While many growers opt for a contract with a buyer such as Terravesta, farmers can also opt to grow it independently as fuel for a biomass boiler, says farm business adviser James Miles-Hobbs.

“If you haven’t got access to woodland, miscanthus offers a sustainable source of fuel for 10-20 years and it’s a crop which will perform well on marginal land,” he says.

He warns that for those considering claiming the feed-in tariff as part of the Renewable Heat Initiative, all growers producing their own crop need to be registered on the Biomass Suppliers List or the Sustainable Fuel Register to qualify for payments.

Care with boiler selection was also required to ensure they are certified to meet emission standards and also contain the ceramic lining needed to burn miscanthus, which many high-spec wood-burning units do not possess.

The other decision to be made is how to process the fuel. Growers can either opt to have it baled like straw or processed into pellets, using services such as Terravesta’s Grower Fuel Loop.

Pelleting adds an additional cost, but means the fuel can be used on smaller-scale systems that would not be suitable to take large bales, explains Mr Miles-Hobbs.

Growing the crop – a farmer’s experience

Edward Green, a 145ha Lincolnshire landowner, established his first field of miscanthus in 2010, and a further two in 2011, totalling 20ha.

He explains that in 2009, wheat was £85/t and the cost of establishing the crop on his heaviest marl clay land, which also had a significant blackgrass problem, was not worth the 9t/ha return. So he decided to give miscanthus a go.

Mr Green followed the recommended method of establishment – autumn ploughing before cultivating ahead of the planter in the spring.

Purchase of the rhizomes and their specialist planter came to £1,150/ha, with additional expenditure for the tractor to pull it and labour costs of four staff on the planter. 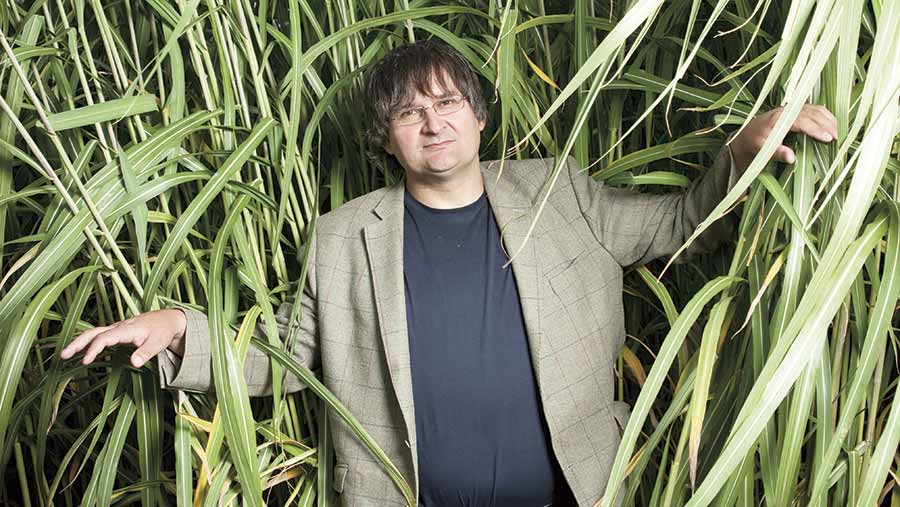 Mr Green says although the crop went into moisture, it had an indifferent first year of growth because of a long dry spell.

However, by the second year, it had grown away well, which he credits to the use of the manual planter, and keeping on top of the weeds.

The crop typically doesn’t give a full yield until its third harvest, but with that behind him, Mr Green is now seeing 12-15t/ha and highlights its low cost.

He estimates it costs £75-80/ha to harvest and an application of glyphosate may be required to control weeds at around £30/ha.

The price being paid in the 10-year inflation-linked contract is currently around £75/t, which Mr Green says is a strong return especially when considering the low amount of working capital required.

“On this stony ground, I’d rather farm it for my profits than the profits of the shearbolt manufacturers,” he says.

“Firstly, the yield is predictable, and secondly the fact the price is linked to the Retail Price Index means in the long term, the crop will be better than whatever else I can put on this land.”

One of the key challenges with miscanthus is the fact that unlike most plants, it is grown from a rhizome, rather than a seed.

A rhizome is a piece of an existing plant’s root, from which a new plant can grow.

However, work is currently under way to develop miscanthus from a seed instead of a plant, while keeping it sterile, in order to prevent it spreading into areas beyond where it was planted. This could be commercially viable by 2019.

This will provide a huge boost to the scaleability of the crop according to John Clifton-Brown, lead miscanthus researcher at Aberystwyth University.

Prof Clifton-Brown is also working on reducing the time between planting the crop and getting the first commercial-level yield down from three years to two years.