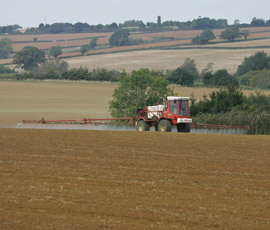 Monsanto has rejected claims made in a report linking its popular herbicide Roundup (glyphosate) to Parkinson’s, autism, infertility and cancers.

The peer-reviewed study, published in the scientific journal Entropy, suggests that residues of glyphosate have been found in food and that it could “plausibly contribute” to a host of conditions, including Parkinson’s.

According to the report, co-authored by Stephanie Seneff, a scientist at the Massachussetts Institute of Technology, there is evidence that traces of glyphosate, which is sprayed over millions of hectares of crops worldwide, has been found in food.

“Residues are found in the main foods of the Western diet, comprised primarily of sugar, maize, soya and wheat,” the study says.

These residues enhance the damaging effects of other food-borne chemical residues and environmental toxins, it claims. “Negative effects on the body is insidious and manifests slowly over time as inflammation damages cellular systems throughout the body.”

They concluded: “Glyphosate is likely to be pervasive in our food supply, and, contrary to being nontoxic, it may in fact be the most biologically disruptive chemical in our environment.”

In response, Monsanto issued a statement on its blog saying claims made in the paper were based on “bad science”.

“It wasn’t actually a study, but more of a collection of unrelated data points from a number of different studies and reports,” said Monsanto, after its scientists reviewed the paper.

It added: “Regardless of whom actually peer-reviewed the paper, bad science is still bad science.”

When questioned about the study in a recent interview, Jerry Steiner, Monsanto’s executive president of sustainability, said he was “very confident” in glyphosate’s long track record.

Kieran Breen, director of research and innovation at Parkinson’s UK, said there was “no scientific evidence” to support the claims that exposure to the weedkiller Roundup was linked to Parkinson’s.

He added: “The authors of the paper made some sweeping statements that have been taken out of context and unfortunately led to some rather alarming articles.”

The USA’s Environmental Protection Agency (EPA) is carrying out a registration review of glyphosate, which has a deadline of 2015, to decide whether its use should be limited.

The European Commission has delayed a review into the safety of glyphosate until 2015.

Pete Riley of GM Freeze said: “The problem we will have is the type of evidence they will look at.

“The union seems to place greater weight on standard tests that are applied by Monsanto as part of the approval process as opposed to tests carried out by independent scientists.

“The commission should look at the long-term effects of low-level exposure to glyphosate from conception through to puberty, which would establish whether it’s safe or not.”

He added: “The highest residue level for glyphosate in food and feed products in the EU is 20mg/kg, but there is pressure to double that to 40mg/kg.

“However, the evidence is mounting to the point where allowing high levels of glyphosate residues in food and feed crops is unacceptable.”

GM wheat could have been exported to Europe