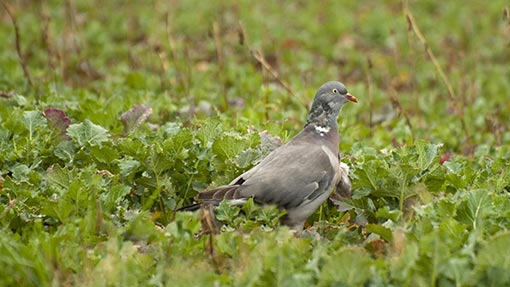 Farmers should first try to shoo bird crop pests such as woodpigeons and crows away before they can be shot, say new government proposals.

The plans, contained in a Natural England consultation on gun laws published last week, have been ridiculed by farmers and countryside groups.

The government agency is seeking views on proposed changes to the General and Class Licences, which are issued under wildlife legislation.

Among the proposals is a suggestion that farmers should first have to shoo away species such as woodpigeons, a serious pest of brassica crops, and only shoot them as a last resort.

Currently, farmers need only be “satisfied” that non-lethal methods of resolving the problem are ineffective or impractical before they can reach for a firearm.

But Natural England is proposing to introduce a requirement for gun users to consider non-lethal, legal measures and to take “reasonable and appropriate steps, such as scaring and proofing, before they can rely on the General Licence to shoot woodpigeons, rooks, feral pigeons, magpies, jays, crows, jackdaws, lesser-backed gull and collared doves.

However, the review proposes to amend the General Licence to make it legal for farmers to shoot greylag geese and mallard.

Former DEFRA secretary Margaret Beckett tried to introduce a “shoo-before-you-shoot” policy without consultation in 2005 under the last Labour government before it made a U-turn at the last minute.

Commenting on the latest proposals, East Yorkshire sheep farmer Peter Vickerton (@PVickerton) tweeted: “So Natural England plays a blinder again… too much time on their hands.”

The Countryside Alliance said it has “grave concerns” about some of the proposals contained within the consultation and the “adverse impact” this would have on farmers, gamekeepers and other undertaking essential pest control and wildlife management.

“While the consultation includes some sensible ideas, such as the inclusion of greylag geese on the General Licence for controlling agricultural pests, others, such as the proposal that pigeon shooters should have to scare birds before attempting to shoot them – a proposal that was first aired in 2005 and rapidly shelved as unworkable – are very worrying,” it added.

Other themes in the consultation include the trapping and welfare of animals, sale, exhibition and possession of protected species, improving compliance with the licences and changes relating to obligations under the EU Birds Directive.

A spokesman for Natural England said: “The requirement is that people take reasonable steps to resolve problems by means that are lawful and don’t require a licence.

“For example, many farmers will use gas-guns or scarecrows to deter birds. However, this is often not wholly effective and lethal control will also be necessary. This is appropriate as the farmers are clearly doing everything reasonable and practicable.”

Farmers and shooting organisations have until 19 May to respond to the consultation , preferably submitted electronically to wildlife.consultation@naturalengland.org.uk.