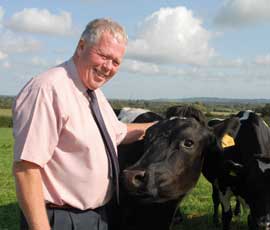 The country needs to overcome its fear of GM technology and large-scale farms if it wants to continue to enjoy cheap food in future, says the head of Natural England.

Poul Christensen, chairman of Natural England, insisted the world needed “all the technology we can get to feed the growing population”.

“As a species we have always embraced technology,” he said, speaking at the Hay Festival, in Hay-on-Wye, Wales.

“There have been some disasters and therefore we have to be extraordinarily careful with our ability to manipulate genes, but I do not think we should turn our back on it.

“There are some very important societal judgments we have to make. I think we should embrace science that has increased production.”

Mr Christensen, who is also a partner in a family-run dairy farm in Oxfordshire, said Middle England had to get used to large-scale farms, which he insisted could still be managed to protect wildlife thanks to EU subsidies.

“I think GM is in the same category as large-scale farms in the sense people should not necessarily be afraid of it.”

GM technology is back on the news and political agenda with the ongoing trial of aphid-resistant GM wheat at Rothamsted Research, which protesters have threatened to rip up.

But Mr Christensen said the GM trial and other similar scientific trials should be allowed to continue without disruption from activists.

Join the debate on GM crops in our forum