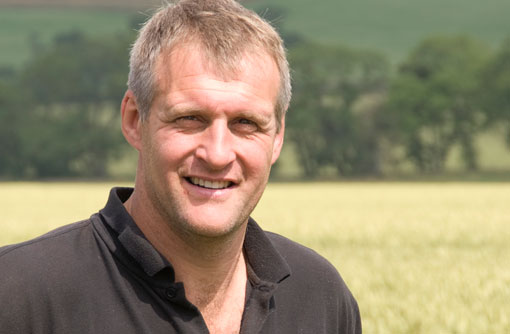 In the book written by Jeremy Vine, the Radio 2 presenter we all listen to in the tractor, he asks the fundamental question: “what is news?” He comes up with the answer that it is a “disruption to the norm”.

Well, I have escaped with my family to Florida. That is a disruption of the norm, but it is not news. What is news, and a major disruption of the norm, is the constant deluge of water we are having inflicted on us in the UK at the moment. In my absence, a four wheel drive has been ordered for the combine. Of greater concern is the fact that vegetable planting has stopped. Water is cascading down the drills making it impossible to travel let alone plant into the saturated porridge we normally call soil.

Every sort of vermin you can imagine is eating anything that has been planted and what is left does not have any inclination to grow. If this was a tennis match, we would be two sets down, and down a break in the third facing match point before we’ve even stepped onto the court! A topical analogy as I write this the day after Andy Murray’s heroic efforts at Wimbledon. He did his country proud, but on the day could not find the vital aces needed for that elusive victory.

A few aces are what we need to get back into the match this summer, but I am sure it will turn. Oh dear, reading this would want to make you weep, but that would only add to the moisture! So what are the positives? Umm. I am in Florida. I have not seen much farming, but I have been on an inspirational tour of the Kennedy Space Centre where geeks like me are agog at all of the toys on display and of the stories of discovery. The mantra there is “nothing is impossible”. So as you contemplate sun in August, remember that.

Neil Thomson farms 607ha (1500 acres) in partnership with his father and brother from Caverton Mill, Kelso, on the Scottish Borders, growing combinable crops and brassicas. Some of the mainly medium loam is let for  potatoes, and the QMS Monitor Farm also has cattle and sheep.