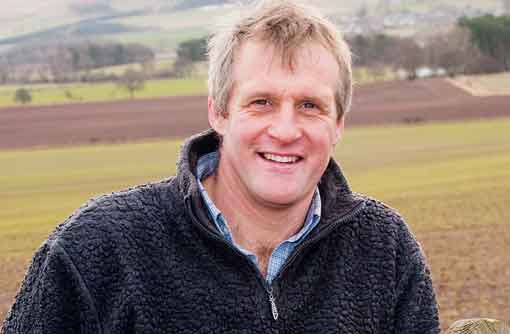 About 40 years ago, a group of people eventually boarded a plane at Gatwick bound for the Italian Alps. They had been severely delayed on their journey to the airport after the gear lever of their clapped-out minibus came off in the driver’s hand. There was a lot of muttering of discontent about the delay from fellow plane passengers – among these were my parents.

But because they had very official-looking jackets emblazoned with the Olympic rings and the letters POST (Potential Olympic Ski Team) on them, everybody thought better of creating a fuss. Worse was to come as the same group boarded the same transfer coach as my parents, only to get stuck in deep snow on the way up to the resort, forcing everyone to walk the last 16km to their hotel.

And that is how an abiding friendship of farming families from “rural Essex” and us Border farmers began. This resulted in me spending a summer on Robert Lukies’ farm near Stansted in 1983, and despite him claiming that I wrecked all his machinery, we are still great friends.

Our happy links with Essex were cemented yet again by a welcome visit by another couple from that group – Frank and Carolyn Bennett. Frank is farming more land than ever down there and I was delighted to show him around our croft. He was kind enough to say that he thought our crops and stock were looking well, despite the Baltic temperatures and endless rain that we all have been experiencing recently.

Potato planting is well behind schedule throughout the area and we are making very slow progress with land preparation for the vegetables.

On another worrying note, has the French electorate just condemned British agriculture to extreme poverty for the foreseeable future as the euro slides uncontrollably over a precipice?