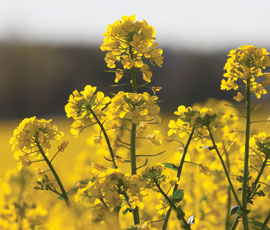 Scientists have identified a number of risks posed by neonicotinoid pesticides to bees, prompting calls for a ban on some uses from environmentalists.

The European Food Safety Agency (EFSA), an independent body, released its eagerly awaited report into the effects of neonicotinoid pesticides on bee health on Wednesday (16 January).

The authority was asked by the European Commission to assess the risks associated with the use of clothianidin, imidacloprid and thiamethoxam.

The report concluded that:

• Exposure from pollen and nectar. Only uses on crops not attractive to honey bees were considered acceptable.

• Exposure from dust. A risk to honeybees was indicated or could not be excluded, with some exceptions, such as use on sugarbeet and crops planted in glasshouses, and for the use of some granules.

• Exposure from guttation. The only risk assessment that could be completed was for maize treated with thiamethoxam. In this case, field studies show an acute effect on honeybees exposed to the substance through guttation fluid.

However, the researchers said not enough data was available to conclude that neonicotinoids were contributing directly to bee colony collapse disorder, that sees healthy bee colonies fall into sudden, sharp decline.

Bees are essential pollinators of crops and a Friends of the Earth study found they are worth an estimated £510m a year to the UK economy.

But studies show that bee numbers are declining across the world with conservationists claiming increased pesticide use is a major factor.

Joan Walley, chair of the Environmental Audit Committee, said the report called into question the use of neonicotinoid pesticides in the UK, which growers are banned from using in France.

“Healthy populations of bees and other pollinators are vital for UK food production, but recent studies suggest that commonly used pesticides could be causing those populations to decline,” she said.

“The European Food Safety Authority has now reviewed the available evidence and concluded that neonicotinoids should only be used on crops that are not attractive to honey bees.

“I welcome that move, but given that there is no new data here, it is extremely worrying that these pesticides were authorised for use in the European Union in the first place.

“DEFRA and the UK Advisory Committee on Pesticides have previously stressed their confidence in the safety of these products so they must now examine EFSA’s risk assessment carefully before deciding whether UK farmers can continue to use these chemicals on crops, such as oilseed rape.

Andy Atkins, executive director of Friends of the Earth, said: “The clear link between neonicotinoid pesticides and declining bee health must sting the Government into action – we can’t afford to dither when it comes to protecting these key pollinators.”

The study was criticised by John Atkin, chief operating officer at Syngenta, which manufactures thiamethoxam.

In a statement, Mr Atkin said: “It is obvious to us that EFSA has found itself under political pressure to produce a hurried and inadequate risk assessment, which even they acknowledge contains a high level of uncertainty.

“Its report, compiled in under three months, has not taken account of the comprehensive scientific studies that preceded the launch of neonicotinoids, and many years of extensive monitoring in the field. This report is unworthy of EFSA and of its scientists.”

A separate report released earlier this week warned that up to £630m could be lost from the UK economy each year if neonicotinoids are withdrawn.

The study, independently commissioned by EU’s Humboldt Forum for Food and Agriculture (HFFA) and financed by Syngenta and Bayer CropScience, also warned of alarming yield penalties of up to 20% for oilseed rape, sugar beet and cereal crops would ensue.

Following the publication of the EFSA study, the European Commission has requested further information from chemical companies. It is due to start discussions on the future of neonicotinoids and their use in EU member states next week.