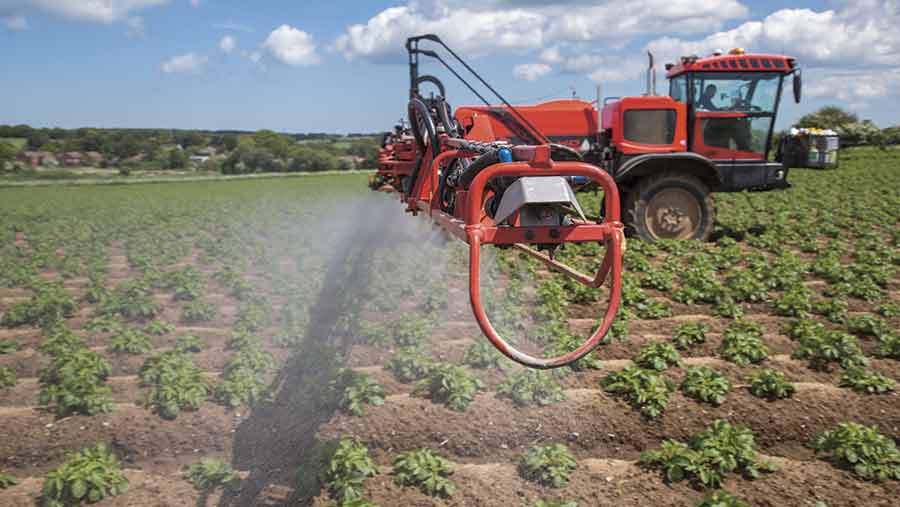 There is little doubt that gene editing offers a significant step forward for plant breeders, potentially cutting years off the development of new varieties and allowing for much more precise selection of desirable crop traits.

Indeed, the technique is already being developed elsewhere in the world to bring improved crop growth, quality, disease resistance and health traits into commercial varieties more quickly and effectively than through conventional breeding.

The US is leading the way with several gene-edited plants already given clearance to be cultivated and sold without being subject to the same regulations that apply to genetically modified organisms.

The European Commission has been debating for some time whether to follow suit and allow gene editing and other so-called “new breeding techniques” to be used by European plant breeders. A decision is expected before the end of the year.

If Europe does follow the US it could open the door for many exciting new varieties across a range of crops in coming years. But any decision to include gene editing within the “GM” banner will effectively ban use of the technique, placing farmers at a competitive disadvantage, say experts.

How does gene editing differ from GM?

Gene editing involves the targeting and alteration of specific genes already present in a plant species to influence a trait or traits.

Scientists argue that because the process only alters genes from within the natural gene pool (wild and cultivated species), it effectively “speeds-up” something that could be achieved naturally over a much longer period.

This is a fundamental difference from transgenic (GM) breeding, which potentially allows genes from any source to be inserted into a plant genome.

“In many ways gene editing is very similar to conventional breeding (such as using mutagenesis or traditional crossing), but is much quicker, more highly targeted and precise,” says Howard Davies, honorary research fellow at the James Hutton Institute.

GM techniques do not allow the precise location of inserted genes to be controlled as with gene editing, but with GM there is the ability to detect the added genes.

This means it is far easier to trace (and therefore regulate) GM varieties, as editing genes leaves behind virtually no trace, he notes.

There are three main ways gene editing can be used:

It is also possible to change the function of multiple traits at the same time and “stack” genes in the same place to improve the chances of those characteristics being passed on to offspring when crossed, he adds.

There are several different types of gene editing process, but all are based around the use of a mechanism adapted from a single-celled organism.

Physically, the mechanism includes a targeting sequence designed to deliver an engineered nuclease (an enzyme specialising in cutting DNA) to break a DNA sequence at a precise location in the plant’s genome, explains Prof Davies.

After the DNA is cut the plant will repair the DNA break naturally, but this can be error prone which often results in gene function being lost.

This approach could be used to “knock-out” an undesirable trait, such as susceptibility to a particular disease, he says.

It is also possible to use gene editing to replace part of a gene’s DNA sequence or even an entire gene (such as from a wild relative) to obtain more desirable traits, he says.

This could be achieved through conventional breeding techniques, but would take significantly longer, depending on the number of crosses required, and could result in other less desirable traits also being bred into the variety – so-called “linkage drag”.

Several different types of engineered DNA-cutting enzymes can be used for gene editing, but all essentially do the same job of targeting a specific gene and delivering an enzyme to that location, explains Wendy Harwood from the John Innes Centre (JIC).

The most common method is the CRISPR-Cas system, but others include Zinc finger nucleases (ZFNs) and Transcription Activator-Like Effector Nucleases (TALEN).

In the CRISPR-Cas system, the targeting element is a guide RNA that can be used to identify a specific DNA sequence within a gene. This is used to transport an enzyme (Cas9 protein) to that location where the enzyme cuts the DNA sequence.

How is gene editing being used in agricultural crops?

Although the technique is not yet allowed in European varieties, it is being widely used for research purposes and the first commercial gene-edited crops could soon be available in the US.

A browning-resistant white button mushroom was the first CRISPR-edited organism to receive the go-ahead from the US government this year, although several other plants modified using ZFN and TALEN techniques have also been given the green light and more will follow.

DuPont Pioneer, for example, intends to launch its first CRISPR-Cas product – a waxy maize (corn) hybrid – within five years after it was given the green light by regulators.

Pioneer says it is establishing a CRISPR-Cas enabled advanced breeding programme to develop products with “greater environmental resiliency”, such as disease resistance and drought tolerance, and believes the technology has potential across all of its crops.

What about the UK and Europe?

Scientists believe there is massive potential for gene-edited crops to benefit UK growers, if the technique is allowed in Europe.

Disease resistance and improved crop quality are two key areas of focus. For example, gene editing has already been used to produce “targeted mutations” in certain genes in wheat to introduce resistance to powdery mildew, which could be one of the first traits to come to market, says Dr Harwood.

“Different diseases have different ways of working, so it can’t be used to solve everything, but there are other diseases that could be tackled with gene editing.”

Blight resistance in potatoes is one area of interest. Scientists at The Sainsbury Laboratory and JIC recently identified a new source of natural blight resistance in genes from a wild relative of potato, which could be introduced into cultivated varieties, reducing the need for chemical spraying.

Although research has been based on transgenic techniques, Prof Davies believes it is possible to improve blight resistance with gene editing.

Dr Harwood also highlights work being carried out to improve the storage characteristics of potatoes. Cellectis Plant Sciences in the US, for example, has used the TALEN process to disable a gene that causes unwanted accumulation of specific sugars when potatoes are kept in cold storage.

These potatoes can now be kept in the cold with improved storage life and also better fry quality, which is badly affected by these sugars, causing dark brown products.

This low sugar trait also minimises acrylamide formation from these sugars during frying.

The Ranger Russet potato with this trait could soon be on the US market and there may be opportunities to develop similar properties in European varieties if gene editing is approved, she says.

The JIC has also been looking at identifying the gene controlling pod shatter in oilseed rape, which could be edited to make crops less prone to shattering at harvest, she adds.

Other examples of the use of gene editing include reduced browning in fruit and bruising in potatoes, removal of allergens, and production of dwarf varieties of wheat by altering genes responsible for internode length, says Prof Davies.

He believes it is also theoretically possible to introduce herbicide resistance by editing the gene that causes a plant to be killed by a certain active ingredient.

“There is a raft of approaches across a broad range of crops.”

How long before new varieties come to the UK?

But the fate of gene editing here remains in the hands of EU lawyers, and farmers will have to wait to see whether it is given the go-ahead in Europe.

If approved by regulators, Prof Davies says it is likely to take at least five to 10 years for breeders to develop a new gene-edited variety from scratch specifically for the UK market, but improved varieties could be available sooner if outputs from existing breeding programmes elsewhere (such as the US) can be employed here.

“There are still a number of checks and balances that need to be completed before any variety can be launched, but this applies to any conventional breeding programme.”

If approved, there could be a flood of new varieties to market over coming years, as most major plant breeders are likely to be developing a pipeline of varieties behind the scenes, says Dr Harwood.

“All companies are very interested in this technology and want to be ready to move ahead if and when it is approved.

“Even if gene editing can’t be used in Europe it is being used elsewhere. There’s good evidence to show UK farmers are already missing out by not having access to GM and that gap will potentially get wider if gene editing is not allowed in Europe.”

European farmers need access to such genetic enhancement in order to remain competitive and meet the growing demands on the agriculture sector, it says.