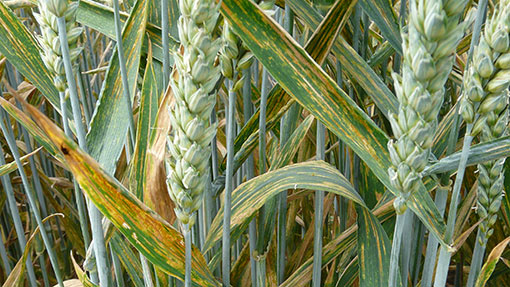 A major £1.4m international research project aimed at combating a key disease in wheat is set to take place in the east of England.

The John Innes Centre in Norwich and NIAB in Cambridge will provide the base for one year of a project developing genetically resistant wheat varieties.

Four PhD students appointed in India, Kenya and Ethiopia will spend one year abroad in one of the UK partner institutions, which also includes The Sainsbury’s Laboratory in Norwich.

The move comes as part of a major international effort to improve crop production in developing countries and combat disease.

Yellow rust, also known as stripe rust, poses a serious threat to wheat production with epidemics of the fungal disease resulting in up to 40% yield losses.

Most modern wheat possesses poor resistance to yellow rust. The new project will make use of the genetic diversity in a collection of nearly 650 wheat varieties amassed from around the world in the 1920s before intensive wheat breeding began.

These so-called “landraces” produce low yields by modern standards, but they represent a potential treasure trove of resistance to yellow rust.

The wheat plants will be grown in the UK and in the home countries of the students and assessed for their resilience to the disease. The resistance from the best landraces will be bred into modern varieties to produce new high-yielding, rust-resistant wheat.

This is particularly pertinent in countries that do not have the funds for sufficient fungicide programmes.

“In Kenya, 80% of farmers growing wheat are smallholders who struggle to afford fungicides,” said student Mercy Wamalwa, of Eggerton University in Kenya.

The UK could also benefit, with yellow rust being one of the main disease threats in the country.

More on disease in wheat