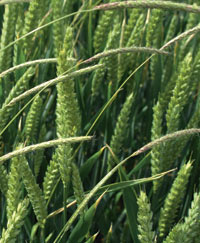 A new grassweed resistance test that determines the level of metabolic resistance in blackgrass will be available on a limited basis this season.

The shoot test, developed by Bayer CropScience, will also identify whether blackgrass carries target site resistance to either ALS herbicides, including Atlantis (mesosulfuron + iodosulfuron), or fop/dim graminicides, such as Topik (clodinafop) and Cheetah (fenoxaprop).

“The seed test gives good results against a range of key herbicides, but it is quite slow and doesn’t give you a full insight into what mechanisms are causing resistance.”

The shoot test will allow samples to be taken earlier in the season, meaning the results should be available before the start of the following season. But it won’t be quick enough to be used as an in-season test, he admits.

Samples are taken once plants have two to three tillers, typically after treatments have been applied, but before spring growth. Eight plants are needed and, after cutting the roots off, the plants are wrapped in kitchen towel, put in a plastic bag with some water and sent to Bayer in the post.

The test takes four to six weeks to complete, and gives detailed results, down to what mutation in the blackgrass DNA is causing target-site resistance.

The major practical addition for growers is the ability to characterise the proportion of metabolic resistance within the sample, says Dr Anderson-Taylor. “It takes resistance testing to a new level.”

Knowing what level of enhanced metabolism resistance the blackgrass contains should help growers decide on programmes and timings, he says.

About 100 tests are likely to be from this season’s crops.