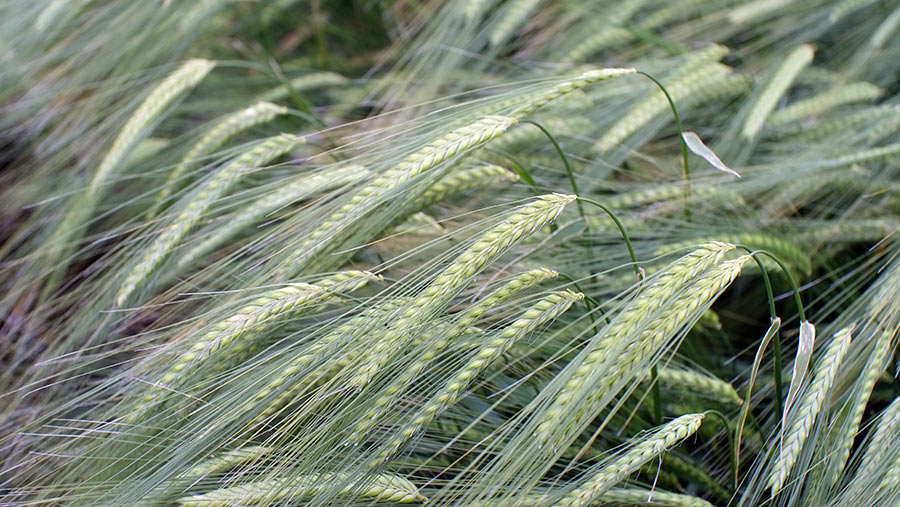 An independent plant breeding project is close to developing a commercially viable variety of “naked” barley and open up a new market for UK growers.

In conventional barley – best used for malting and animal feed – the outer part of the plant’s flowers are glued to the grain, creating a hull that is tough for humans to digest and has to be pearled to make it palatable.

A genetic mutation in domesticated barley about 8,000 years ago resulted in a “naked” type, from which the grain is easily threshed out of the loose hull.

Following its discovery, it became a popular food grain across the world and in particular through Asia and into the Far East, where it remains part of the diet today.

Naked barley disappeared from European diets around the time of the Roman Empire, but researchers at Bangor University identified its potential as an alternative crop and started to develop varieties suited to UK conditions.

The grain – which can be used in flour for baking, breakfast cereals and as a rice alternative – is known to have health benefits, such as helping to regulate blood cholesterol levels and reduce the risk of developing type 2 diabetes.

He has crossed naked barleys with high-yielding winter varieties Glacier and Tower and achieved yields of about 9t/ha in trials this year, so plans to continue developing them.

However, the programme will focus on spring varieties to provide growers with added agronomic and economic benefits.

“Spring varieties provide the added benefit of helping with blackgrass control and require lower input, so they are less costly to grow.

“If we can create a different market for spring barley it will be a good thing for growers in general,” explains Dr Dickin.

The naked barley parentage Dr Dickin is using comes from German variety Lawina and lines from the International Centre for Agricultural Research in the Dry Areas (Icarda) in Syria.

He introduced the desired modern agronomic traits by crossing them with spring barley favourites such as Westminster, Tipple and, more recently, Propino and Sanette.

There is now a range of interesting naked barley lines developed at Harper Adams, with a third generation of crosses achieving yields of 6-7t/ha this autumn.

“It is starting to look like a viable crop and it is worth pursuing on so many levels, with public health and agronomic benefits.

“Also, unlike other alternative crops, the crop protection portfolio will be the same as conventional spring barley, so there will be no need for EAMUs,” he adds.

Dr Dickin says market interest is growing and hopes that after further testing of varieties next spring, the pick of the bunch may be added to the National List by November 2016 and two years later could available commercially.

He cautions that this would be the very earliest opportunity and adds that it is important the crop doesn’t become a commodity like its hulled brother.

“About 10-15% of barley yield comes from the hull, so naked barley will always come with a yield penalty and will need a premium [to remain viable].

“A closed buy-back system similar to naked oats, where you have an agreed price and buyer before seed is sent out to plant, will help control supply as much as possible [to protect premiums],” explains Dr Dickin.

Low glycaemic index foods are known to help reduce the risk of type 2 diabetes – a condition that costs the NHS about £8-9bn annually – as part of a balanced diet and active lifestyle.

White rice is one of the highest GI grains at about 70-80 and after consumption, glucose enters the bloodstream rapidly, causing a spike in insulin levels and increasing the risk of insulin resistance – the cause of type 2 diabetes.

So-called “super food” quinoa has a GI of 53, but naked barley trumps that by some distance, with some varieties being in the lowly 20s. It is also high in protein, low in gluten and has all the benefits of whole grain.