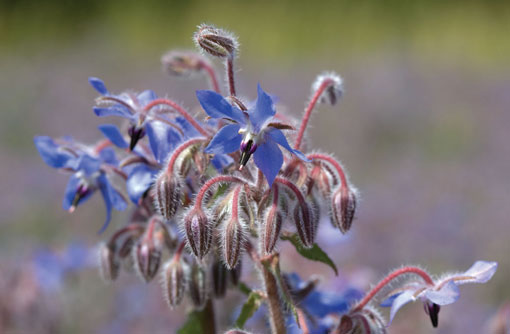 It’s the season that could make or break some spring crops as merchants promote their offerings to growers who have been unable to complete their autumn drilling.

However, there is no one-size-fits-all crop and farmers are urged to weigh up their options to avoid disappointment.

Millet is a niche crop that many say is easy to grow, and benefits from low inputs and attractive margins. Premium Crops director Nigel Bazeley believes millet can offer a fantastic spring crop given the right conditions.

“There is a fairly significant and well-established market in the UK for millet seed, particularly for birdseed, which is where most of it goes,” he says. “It is a niche crop and is not going to suit everyone. Millet likes light to medium, free-draining soil, but struggles on the stronger heavier land, which is prone to waterlogging.”

Mr Bazeley outlined Sunshine millet as one of the strongest varieties on the market for the southern half of the UK.

“It’s cheap to grow, with low inputs, particularly due to the competitiveness of the crop once it has started to develop. The ease with which it grows has also made it an attractive option for farmers because no new equipment is needed.

“For a typical yield of 3t/ha you would be looking at a gross margin of £558/ha for Sunshine millet.”

Borage is another option. According to Peter Fairs, Founder of Fairking, it offers a gross margin that no other spring crop can match, good pest resistance and genuine break crop benefits.

“There are some good secure contracts currently available for potential growers,” he says. “Average yields are about 380kg/ha and, with a price of around £3,500/t, it offers good overall gross margin.

“Low input costs have also made borage attractive. Seed costs are £140/ha, fertiliser £46/ha and sprays £60/ha. The other main cost is swathing which works out about £45/ha.”

The availability of a swather and a pick-up header is an important consideration, says Mr Fairs, who emphasised that borage was not suitable for every soil type.

“Borage will not perform at its best on very light, drought-prone soils so knowing soil type is important when weighing up the options. Also, when it comes to swathing, attention to the timing is essential as the crop matures indeterminately.”

Volunteers are still an issue with borage, particularly in following oilseed rape and bean crops. Growers who take the borage route are advised to assess their rotation system carefully.

“You have to be prepared to put in the time and effort,” says Mr Fairs. “If you ask those who are growing borage, most will be controlling volunteers with little difficulty. When it comes to growing it, my advice is not to panic, be patient and prepared to drill fairly late and not cut too early.”

Spraying costs can be kept relatively low with an application of Butisan (metazchlor) for broad-leaved weeds, as well as a treatment of Folicur (tebuconazole) for mildew which can be a particular problem in the early stages.

“Drilling time for borage is typically mid-April to mid-May. We drill ours at about 1-2in using narrow rows which smothers weeds well,” says Mr Fairs.

The oil within the seed of borage contains a naturally occurring essential fatty acid, gamma linolenic acid (GLA). This forms the basis for borage oil capsules, which are sold over the counter in chemists and health food shops as dietary supplements under the names super evening primrose or star flower capsules.

Spring-sown herbage seed under-sown with a companion crop, such as spring barley, gives arable farmers the advantage of three harvests for the price of a single cultivation and drilling cycle.

John Fairey, seed production manager at British Seed Houses, believes the lower establishment costs this offers are just part of the argument for considering the “high-margin break crop” this year. 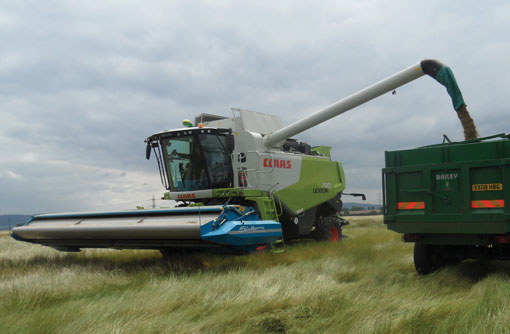 “Demand for British-bred Aber perennial and hybrid ryegrasses is outstripping supply and, with margins in the region of £1,500/ha achievable in many circumstances, herbage seed should be an attractive option,” he says.

“By sowing herbage seed in the spring alongside a companion cereal such as spring barley, growers will gain the bonus of a grain harvest in the first summer followed by a silage or grazing crop later in the year. In the case of perennial ryegrass, the crop should then produce two consecutive seed harvests in subsequent years, with a further forage crop in between.”

Mr Fairey admits there are a few challenges that come with growing herbage seed, but no more than any other crop, and the benefits outweigh those negatives.

“Improved technology over the years has helped bring on the crop and iron out some of the problems we were having such as the ‘slow harvests’,” he says.

One of the main deciding factors in whether farmers choose herbage seed is the lack of air-drying floors. Once they are in place it is possible to use them for two crops, with herbage seed offering a quick turnaround.

Sown in the spring or autumn and on any soil type, herbage seed offers growers a flexible alternative to the traditional crops. But Mr Fairey suggests March is the optimum time for drilling.

“First, a lower basic seed rate is required under this regime, while the reduced threat of slugs and grassweeds tends to mean fewer pesticide and herbicide inputs being required.”

Herbage seed traditionally features in combinable crop rotations as an effective break crop for wheat and oilseed rape. It offers the grower the benefits derived from being able to use alternative chemistry for grassweed control.

There is also the bonus of improving the soil structure and fertility, putting organic matter back into the soil with fields being left untouched.

Over the years hemp has been touted as a lucrative crop with potential, with its favourable gross margins and agronomic benefits.

Hemp Technology’s procurement manager, Mike Giffin, says there has been a noticeably big increase in demand for hemp seed in 2013: “It’s a fantastic break crop providing excellent opportunities for controlling grassweeds allowing an application of glyphosate in the autumn and again before drilling.” 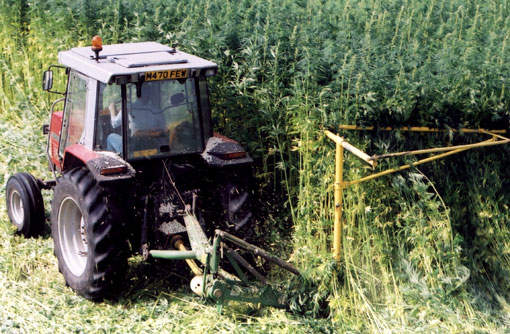 Establishment and early stages of growth are vital because hemp is most vulnerable then. “Seed should be sown at a rate to achieve a plant population of about 150 stems/sq m into a fine consolidated seed-bed and when there is no risk of frost,” Mr Giffin says.

“Keeping off pigeons and rabbits is a must in the first two to three weeks but it becomes very competitive once established. It doesn’t need herbicide because it smothers the remaining weeds.”

There are two possible routes for harvest: hemp for straw, which is mown with a specialised cutter or forager and square baled; or dual hemp, which involves harvesting both seed and straw. The second is preferred for increased margins, although it delays harvesting until September.

The gross margins offered by hemp technology, assuming a typical 7.5tha crop for hemp straw, is £683/t. However, on top of this there are the haulage costs. A mid-range, 30-mile radius costs £10/t (equating to £75/ha) giving a gross margin of £462. Dual hemp offers a total gross margin of £760.