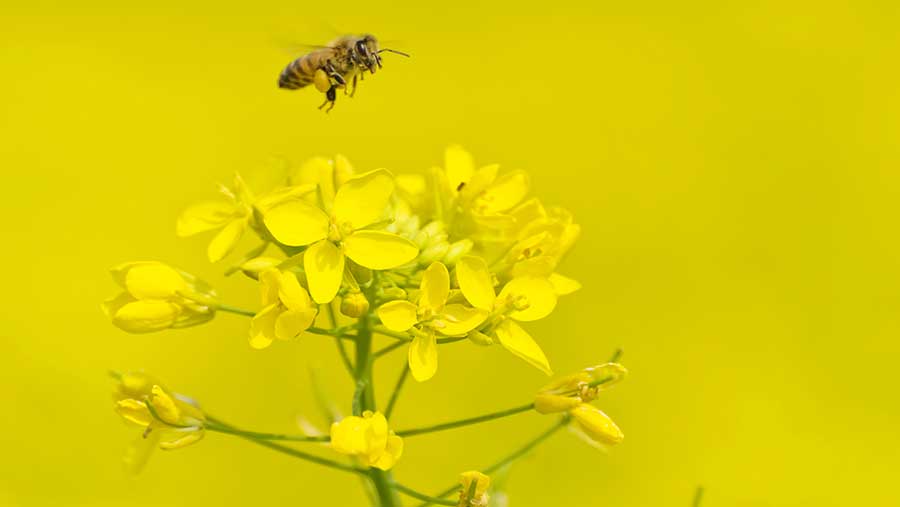 Further restrictions on neonicotinoid pesticides to cover non-flowering crops would not be justified based on an assessment by the EU food safety watchdog, say farm leaders

The European Food Safety Authority (Efsa) published an assessment on Wednesday (28 February) of more than 1,500 studies on the effects of three neonics – thiamethoxam, clothianidin and imidacloprid.

Researchers concluded that most uses of these active ingredients – which were banned for use on flowering crops in the EU in December 2013 – represent a risk to wild bees and honey bees.

Jose Tarazona, head of the Efsa’s pesticides unit, said: “There is variability in the conclusions, due to factors such as the bee species, the intended use of the pesticide and the route of exposure.

“Some low risks have been identified, but overall the risk to the three types of bees we have assessed is confirmed.”

Environmental groups have latched on to the report, calling for the EU moratorium on neonics to be extended to all crops.

Member states will debate an EU proposal to extend the ban when the Standing Committee on Plants, Animals, Food & Feed (Scopaff) meets on 22 March.

EU farming lobby Copa-Cogeca said Efsa’s report confirmed there was no justification for a total ban on the use of neonicotinoid seed treatments on all crops.

Copa general secretary Pekka Pesonen said: “We call on the EU Commission and member states to assess carefully which uses could be approved based on the assessment of the three active substances.

“We also urge risk managers to examine appropriate measures to keep these products on the market at the same time as ensuring the safety of bees.”

The NFU said Efsa’s assessment “failed to take proper account of what is happening to bees in real field situations”.

“The reality is that there is a balance between environmental protection and food production that has to be considered and the impacts of a ‘no neonicotinoid’ scenario on pollinators also need to be fully assessed,” said NFU senior regulatory affairs adviser Chris Hartfield.

The Crop Protection Association (CPA) said singling out neonics for a decline in bee health is wrong, as a number of factors are at play.

“Bee health is known to be affected by a range of factors including habitat loss, climate change, intensive farming and the varroa mite,” said CPA chief executive Sarah Mukherjee.

“Simply banning neonicotinoids without addressing the other factors of bee decline will do little to improve the viability of bee populations.”

But the Pesticide Action Network (PAN) Europe called for a permanent ban on neonics.

“Pollinators are facing a dramatic decline and neonics have now clearly been shown to be one of the major causes,” said Martin Dermine, PAN Europe’s pollinators expert.