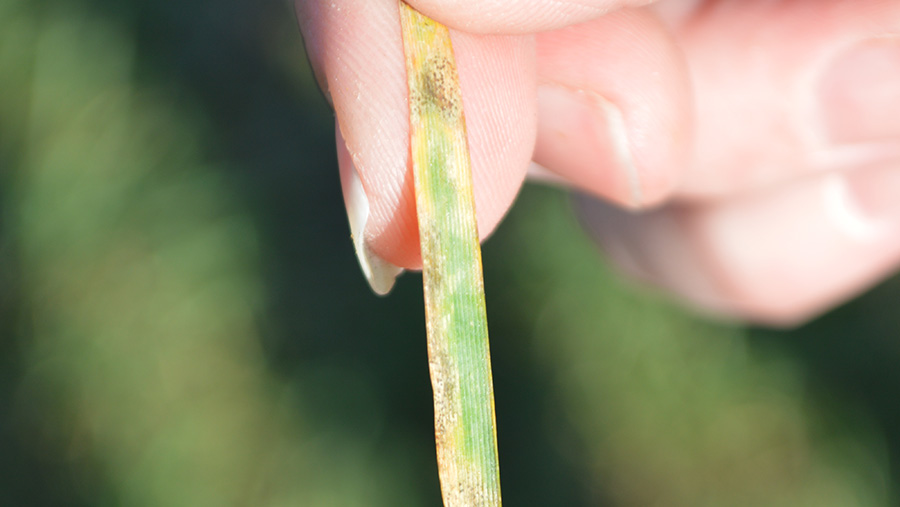 Winter wheat on one Norfolk arable farm is covered with septoria and farm manager Andrew Hunt is preparing to treat the crops with an azole-based T0 fungicide when the land dries up.

After heavy rainfall of 60mm so far this month, septoria infection on the older wheat leaves will have likely been spread to newer leaves by rain splashes, he says.

Mr Hunt is seeing septoria across all his winter wheat varieties including Lili, Revelation, Reflection and Diego, as well as brown rust and yellow rust, with the latter disease more prevalent on Reflection.

“The wheat is covered with septoria so we are looking for an azole-based T0 to give us something to fight the disease,” he tells Farmers Weekly.

He is growing about 350ha of winter wheat on the 1,262ha of arable land at Great Melton Farms, just eight miles west of Norwich, on soils which range from sand over gravel to poorly drained clay loams.

The recent rain has put him on the alert for the wet weather-loving septoria, while he is considering adding in a strobilurin fungicide for extra rust control at the T0 stage.

However, with so much recent rain he does not expect to be able to travel on the land until the middle of next week at the earliest.