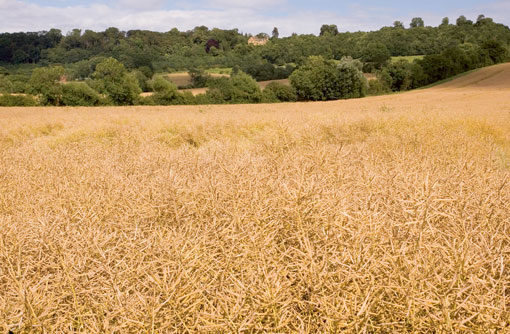 February is now a key month for planning oilseed rape seed purchases because of time constraints during the busy summer months.

However, with 40 HGCA recommended varieties to choose from, excluding candidates for the following year, it is vital to choose the correct one based on yield, output and agronomic factors.

The HGCA Recommended List for 2012-13 offers six new varieties, with three in the North and the remainder in the East/West region.

“The new varieties don’t provide out-and-out yield benefits,” says Simon Oxley, HGCA Recommended Lists and agronomy manager. “But that is not the only consideration when selecting a variety.

“They do provide a little more choice when thinking about agronomic factors such as maturity and disease resistance, which are equally as important.”

In the North, Cracker is a strong addition. “It is a win-win variety choice for northern growers, with a score of nine for light leaf spot and has good clubroot resistance,” says Dr Oxley.

“Palace has the disadvantage in northern regions of having later maturity, but has yield benefits in comparison with Artoga. Despite weaker yield results, Artoga is early maturing and could appeal to northern growers.”

In the East/West region, DK Camelot provides growers with a conventional variety that is a viable alternative to DK Cabernet.

“It offers strong yield, short stem and is earlier maturing than DK Cabernet, but it only scores five for stem canker so care should be taken with disease control,” says Dr Oxley. “DK Expower offers excellent disease resistance and is also early maturing.”

Progress has been made in the dwarf varieties, with Thorin providing stronger yield results. “Attention must be paid to disease pressures though,” explains Dr Oxley.

The HGCA is reviewing the geographical divide that separates the two Recommended Lists for oilseed rape, with a proposal to bring the northern boundary further south.

“Regardless of the dividing line, our advice to growers is to review disease history and agronomy from previous years and adjust varietal choice accordingly,” says Dr Oxley.

Jim Carswell, of Frontier, says, as a rule of thumb, the River Humber to the Mersey is the dividing line between the regions.

“South of this line in the East/West region you tend to find more phoma, therefore varietal choices would need strong resistance scores for that particular disease.

“In the North, we would be more concerned with light leaf spot, so a variety such as Cuillin, with a score of nine for the disease, would be more prominent,” says Mr Carswell.

Mr Carswell also points out that northern growers would prefer varieties with early vigour, with tougher winter conditions often experienced in this region.

“The key decision for me though is the argument of hybrid versus conventional varieties,” he says.

“In our trials we have seen hybrids perform better in extreme weather, which is useful when considering risk management.”

Despite these factors, Mr Carswell believes the main driver for growers changing their varietal choice is yield and output, which effects bottom line.

“Compass, DK Expower and DK Extrovert will be strong this year as they have early vigour and have seen good yield results,” he says.

DK Extrovert is a variety that has had very strong results in early trials, but is not yet a candidate for the Recommended List.

Peter Gladders, of ADAS, says there is a risk when using varieties without full recommendation. “There isn’t the proven track record when selecting varieties that have not made it to the Recommended List, although there is nothing wrong with experimentation.

“Growers will look for the ‘one in a generation variety’ that will give consistent results,” says Dr Gladders.

There is a threat to yield from light leaf spot as the disease becomes harder to control, and spreads south, he adds. “There could be up to 10% yield decrease as the disease levels increase nationwide. It is no longer a problem confined to the North.

“Fungicides are becoming less effective therefore growers much be vigilant, watch for carry over from stubbles and adjust varietal choice accordingly,” he says.

Dr Gladders also believes there is a case for dividing the East/West region in terms of recommendations. “There are climatic differences that can affect the performance of varieties on either side,” he says.

“We have seen increasing levels of verticillium wilt in oilseed rape crops, with levels building up in the soil so resistance scores for the disease would be a valuable addition to the list,” he adds.