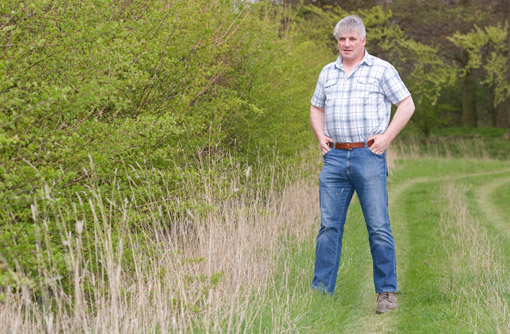 During half-term week, I travelled the length of the East Coast Mainline from London to Inverness and returned a few days later. At this time of year this trip always provides an excellent opportunity to assess crops and their potential over a large area of the country.

In Scotland, many growers were still busy planting potatoes while Northumberland looked very wet, but crops looked full of promise. South of York, I didn’t need any reminding why 2012 is being called “the year of blackgrass”. What was also evident were the high levels of barley yellow dwarf virus being experienced in areas where this hasn’t previously been a problem.

Some fields appeared to be smothered with blackgrass and it became easy to relate the stories about wheat crops being cut for silage. I have heard the case of one grower who had to spray off 80ha of wheat in the first week of June.

On our chalk soils around the Royston area, we seem to have had reasonable control in our wheat crops, but there is far more blackgrass in our oat crops, where the choice of suitable herbicides is severely restricted.

Recently, both oat millers and seed breeders have said they see the onward march of blackgrass as the single biggest threat to the growing of oats in this country.

This is a great shame as oats have been a success story over the past few years, with the growing demand by a more health-conscious market. For the grower, and particularly for those like ourselves on take-all prone soils, they have been and continue to be a useful break.

First-generation farmer Robert Law farms 1,500ha on the Herts/Cambs/Essex borders growing cereals, sugar beet, forage rape and turnips for seed. The farms are in a number of environment schemes and carry a flock of 2,500 ewes. He also manages 500ha of Nottinghamshire sand land.