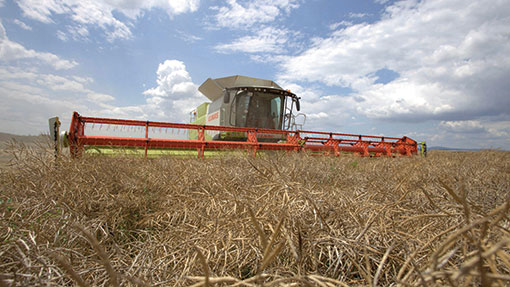 Growers should be picking the highest-yielding oilseed rape varieties to drive up farm yields, and one new addition to the portfolio might help them do just that. Adam Clarke reports

Short and sweet is just what one Cambridgeshire grower likes in an oilseed rape variety, and a new addition to the HGCA Recommended List fits the bill perfectly.

Conventional open-pollinated variety Charger has the highest seed yield of any variety on the list and is on par with the best hybrid for gross output.

With the performance characteristics accounted for, Sam Morris has been attracted by the variety’s short and stiff stem attributes and rumoured vigour.

Farming about 284ha of heavy land near Croydon, Cambridgeshire, Mr Morris also has a considerable area under a whole-farm contracting agreement, with additional contract spraying and harvesting resulting in a busy workload during the summer.

“We don’t want to end up in a mess and we need to keep the combine rolling smoothly and efficiently, with the minimum effect on our workload,” he says.

“Although output remains the key driver behind variety choice, Charger stands well and is much shorter than most varieties and should make life much easier at harvest, which suits us,” adds Mr Morris.

One-third of his land is drilled with conventional oilseed rape, as he prefers the option to home-save seed, which isn’t possible with hybrid varieties.

This year he is growing conventional stalwart Cabernet and for the first time Charger from breeder KWS, and Mr Morris has observed a considerable advantage in vigour with Charger this year.

“It is something that has been claimed by others, but I have seen it myself this year and Charger is a winner on that front, so we’ll definitely be growing it again next season,” he says.

Growers such as Mr Morris are doing just what NIAB TAG oilseed rape expert Simon Kightly believes all growers should do – selecting varieties from the very top of the tree.

Historically – since the introduction of double-low varieties – breeders have been achieving yield improvements in oilseed rape year on year, but yields have lagged behind on farm.

“Charger stands well and is much shorter than most varieties and should make life much easier at harvest, which suits us.”
Cambridgeshire grower Sam Morris

However, Mr Kightly told a recent press briefing that some of that lag could be attributed to sub-optimal variety selection, although there were other factors involved.

“Growers have mixed and matched and been persuaded to grow varieties that don’t offer the highest yields,” he said.

“You choose varieties to fit into your system to spread maturity or ease disease management, but whichever of those characteristics you require, growers should be picking the highest-yielding one in each category,” Mr Kightly added.

His passion is identifying the best varieties and encouraging growers to plant them to improve their yields and Charger has stood out for him so far in trials, currently sitting joint top of the East/West HGCA Recommended List with a gross output, or yield adjusted for oil content, of 105%. 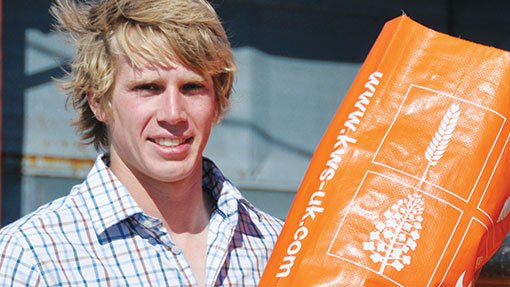 Its resistance to lodging and stem stiffness is key and it is down with the shortest varieties, being only slightly taller than semi-dwarf Troy.

“It is easy to manage and in the high lodging year of 2012 it was head and shoulders above the rest in trials, so gives good insurance against lodging pressure,” he said.

“It has ‘get-up-and-go’ too, so grows away from pigeons quicker than many and is early flowering, so can spread spray workloads in the spring,” explained Mr Kightly.

Charger’s main weakness is disease resistance, with lowly scores of 4 for the main threats of phoma stem canker and light leaf spot.

The light leaf spot susceptibility means its recommendation is limited to the East/West region – where the disease is less prevalent – but Mr Kightly sees it as an issue that can be managed.

“Careful fungicide timings with the effective products we still have available can achieve good disease control,” he added.

Mr Morris is also unconcerned, as his policy is to treat all his crops with a robust fungicide programme to protect them against disease, regardless of resistance scores.

“Charger has had the same treatment as our Cabernet this year and walking through the crops you can see no difference in terms of disease levels,” he says.

The variety is exclusive to farmer co-operative United Oilseeds, which supplies 30% of rapeseed planted on British farms, and managing director Chris Baldwin says Charger has great potential for growers of oilseed rape.

“We first noticed that potential in the difficult year of 2012 and wanted exclusivity straight away. We have enough seed available for 8-10% of the rape area this year,” he says.