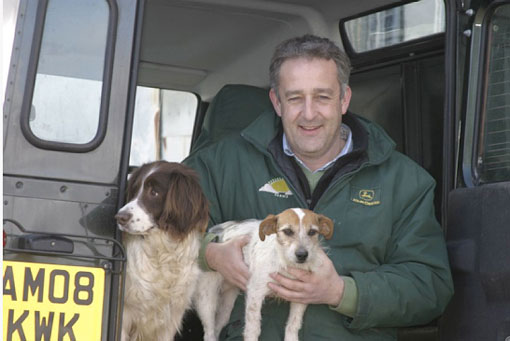 In my last article, I commented on the need for a united front to promote British agriculture – whether it is arable, beef, sheep, or any of these in their organic forms. And yes, I was a bit critical of the Soil Association.

Since then, I have had some good email exchanges with Peter Melchett, the association’s policy director. He is very passionate about their approach to farming, just as I am about how conventional farmers go about their business. Other people are allowed to have views that don’t agree with your own. That’s life.

There is a place and a market for all types of farming and the sooner we realise this, the better.

At the recent CropWorld 2011 conference, the organic sector was hammered for being “morally indefensible” over the solutions to sorting out the food security programme – and it was accused of holding back science. So I decided to speak to people about issues such as GM. Most of those I spoke to have serious reservations about these subjects, but also do want to see more trial work.

Again it would seem that both conventional farmers, like me, and organic producers have very differing views. However, it does appear to me that groups like the Soil Association seem to have their opinions more in line with the general public. But, and it’s a big but, the general public all over the world want cheap food, which at current prices, organic can’t provide or produce enough.

I think the views of both conventional and organic are valid, but somewhere along the line, both sides have to realise they have to coexist or the food supply market is going to be in big trouble.