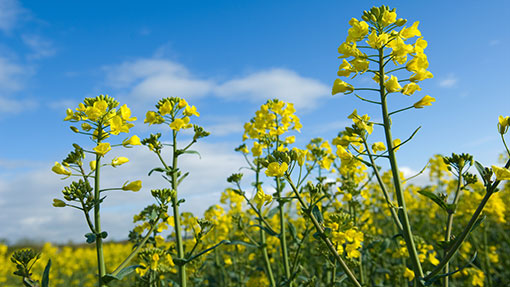 An organic farmer who accused his neighbour of contaminating his crops with genetically-modified oilseed rape has lost his court battle.

Mr Marsh claimed his farm had been contaminated in 2010 by GM material blown on to his organic-certified property from Mr Baxter’s nearby land.

He said the contamination caused him to lose his organic certification across more than half of his land for nearly three years, costing him thousands of dollars and devastating his business.

But in a landmark ruling on Wednesday (28 May), Australia’s Supreme Court ruled Mr Baxter could not be held responsible simply for growing a GM crop in a conventional way.

In his judgment to the court, Justice Kenneth Martin said the end-of-season winds that had blown the GM seeds on to the organic land was not an outcome intended by Mr Baxter.

He said Mr Baxter was growing a lawful GM crop and had harvested the crop by swathing, which was “entirely orthodox”.

“Mr Baxter had not been shown to have acted negligently, either by growing or then by swathing the lawfully grown GM crop in 2010,” he added.

He said Mr Baxter had failed to properly contain the seeds on his property, which is separated by Mr Marsh’s farm by a single road.

His lawyers also argued that by harvesting into swathes rather than direct heading, Mr Baxter had also created a foreseeable risk.

However, Mr Baxter’s lawyers said he had simply exercised his right to grow a crop that had been judged safe and been made legal in the state.

Leaving court, Mr Baxter said the finding of the case – which had pitted the former childhood friends against each other – had given other farmers in Western Australia more certainty about growing GM crops.

“It’s a proven product. There’s nothing dangerous about it,” he told ABC. “It’s perfectly safe, it’s legalised and I think it’s a great thing of the future.”

Mr Marsh said he was disappointed in the judgment and would consider making an appeal.

Farmers have been able to grow GM oilseed rape in Western Australia since 2010 after a moratorium on growing GM crops in the state was lifted.

Last year about 17% of all the oilseed rape grown in WA as a GM variety.