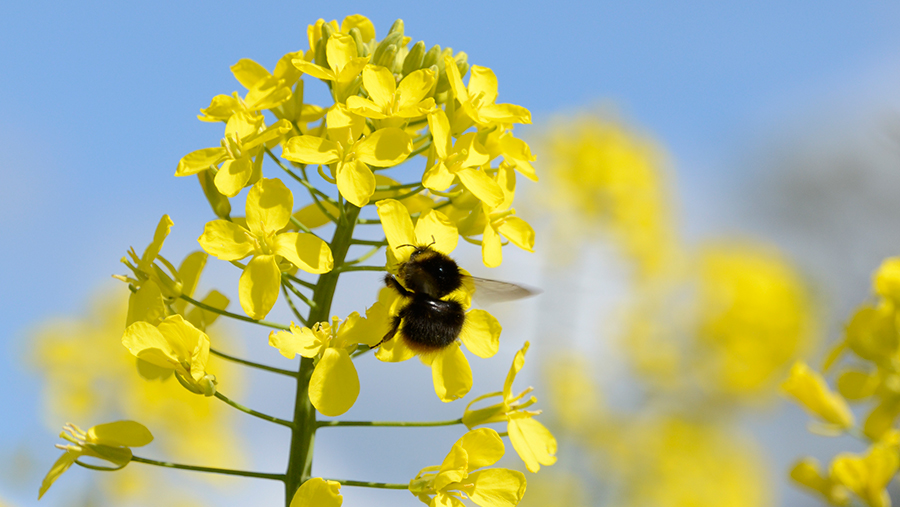 Breeding new varieties of oilseed rape that can cope better with the unprecedented levels of pest and disease pressure they face could represent hope for growing the crop in a world without neonicotinoid chemistry.

Seed breeder DSV started work on its post-neonic (PNN) concept four years ago in anticipation of the increasingly challenging environment for rapeseed growers across Europe.

Last year saw a slight decrease in area of the crop grown across Europe, but the company’s international oilseed rape product manager, Alexander Döring, explains this number has been pretty stable year on year. 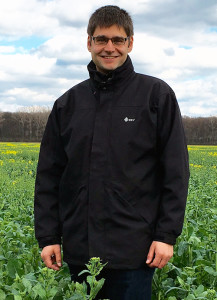 “In the UK the area is dropping – it was about 14% down this year. Without neonics it is now very difficult to grow oilseed rape because of the cabbage stem flea beetle,” he says at the group headquarters in Lippstadt, Germany.

“We have more and more restrictions on pesticide and fertiliser use and we need to react with our oilseed rape breeding,” he adds.

Dr Döring says the number of actives and products available to use in Europe is decreasing in all classes, including seed treatments and foliar applications, and he predicts the loss of actives will continue beyond the ban on neonicotinoid seed treatments.

The seed breeder is basing its PNN oilseed rape programme on four key points which it believes will help plants to defend themselves against threats such as flea beetle damage and phoma infection, with less reliance on creaking chemistry.

“The requirements for growing a successful oilseed rape crop are changing, so we have been looking at the world after neonics,” says Mike Mann of DSV.

“Particularly with oilseed rape now there is a change in emphasis developing towards disease resistance with the AHDB bringing up the minimum resistance rating on the Recommended List to encourage the breeders,” he says.

Early vigour is the first key characteristic that DSV is breeding for, with rapid establishment of root structure and a large tap root to take up nitrogen and drive oil content.

The idea is that plants with such vigour can easily grow away from phoma lesions on leaves, meaning there is less risk of the disease making its way to the stem where yield can be hit.

Likewise, the aim is for plants to be able to grow and recover faster than cabbage stem flea beetles can attack them.

But as seen this season, the rapid early growth of more vigorous varieties can cause problems in mild winters with stem extension and even flowering happening well before normal.

“The root is key because the plant will survive an awful lot of hassle if it has a good root system,”  says Mr Mann.

“The majority of growers are sowing after wheat in mid-August and need the crop to get going quickly. We want the plant to be putting down roots fast, but not hitting stem extension too early on,” he adds.

The PNN breeding concept also looks to reduce apical dominance to get a better spread of side branches with more nutrients feeding into flower and pod production than outright plant growth.

Mr Mann makes the point that all growers want a variety that will have a yield they can rely on hitting across many seasons with contrasting growing conditions, as our climate swings from the extremes of wet, dry, hot and cold.

Climate change is one of the major threats to future yield stability.

“This is something PNN varieties have to have, valuing the reliability of gross output – not necessarily the highest yield.”

Finally there’s improved solar capture with a high green area index in the spring and summer months. The company is breeding rapeseed varieties to get better growth from less nitrogen input, boosting efficiency to save on costs of production.

Candidate hybrid oilseed rape variety Dariot is DSV’s first post-neonic variety, incorporating all four points of its PNN concept.
Mr Mann says Dariot is a flatter type variety with aggressive establishment and strong disease resistance particularly for phoma, scoring a 9, and a 6 for light leaf spot.
The variety is up for recommendation to the AHDB’s East/West list later this year.