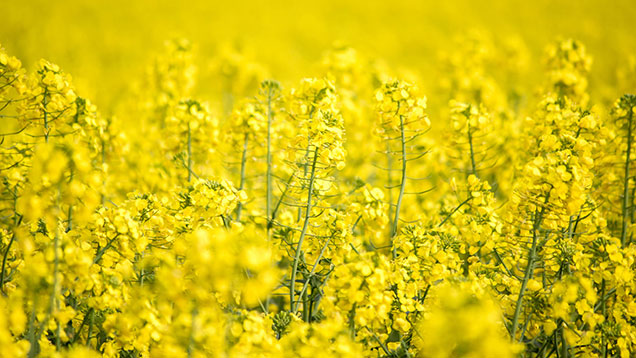 The big problem with verticillium wilt is that you don’t really see any warning signs until the damage is done, and one Suffolk farmer learned that lesson first hand last season.

Ben Hadingham of Retreat Farms in Flixton believes verticillium wilt was responsible for yield losses of up to 1t/ha in some crops of oilseed rape last season.

He grows several varieties across 300ha of the 1,400ha Suffolk unit to spread the risk.

See also: Advice on cutting the verticillium wilt risk to your OSR crop

“Our agronomist first saw signs of the disease three or four years ago, but there was no evidence of any real damage to the crop or any measurable effect on yield,” he says.

“Last year was different though, with some crops appearing to die early and yields about 0.5-1t/ha down on what we were expecting,” he explains.

“Our agronomist first saw signs of the disease three or four years ago, but there was no evidence of any real damage to the crop or any measurable effect on yield.”
Ben Hadingham

More worrying was that across the board, seed yields were generally about 0.2-0.3t/ha lower than usual. Mr Hadingham wonders to what extent low levels of the disease are taking the edge off yields.

“The highest-yielding crop on the farm last year was Incentive, averaging 4.8t/ha compared with the worst-hit varieties at 3.5-4t/ha.

“Incentive stayed clean all the way through to harvest, but other varieties such as Quartz died two weeks or so earlier than we were expecting, with symptoms of the disease on them.”

Where wilt is present, variety choice is paramount. Mr Hadingham took on some land recently that was previously in oilseed rape every other year, and he gets an extra 1t/ha from a strongly establishing hybrid such as Dimension compared with a conventional type such as Cabernet.

He has no set rotation, but plans to grow hybrids such as Incentive with sugar beet and vining peas. He will increase to a one-in-four rotation where break crop options are not limited by drainage issues on the medium heavy clays.