A breakthrough semi-dwarf oilseed rape variety could be available next year with the prospect of high yields while being cheaper to grow than current offerings.

The short-strawed variety Secret from leading oilseed rape breeder Monsanto has top disease resistance and is stiff stemmed so could allow growers to cut fungicide and growth regulator use.

Semi-dwarfs have the advantage of high standing ability and are easier to combine, but have often failed to match more popular varieties on yield, disease resistance and other agronomic merits.

This could change with this new variety which is set to come up for AHDB recommendations at the end of this year, and although there will be very limited seed available this summer, the variety should be more widely available in 2017. 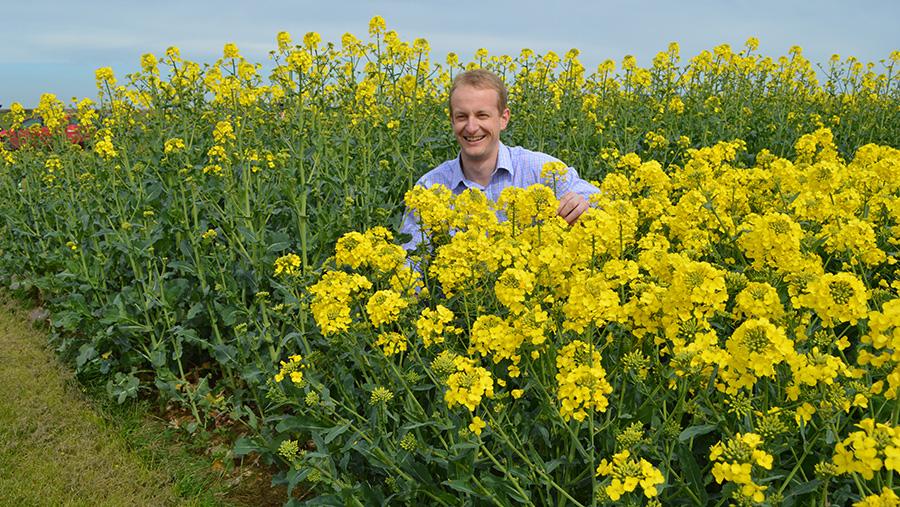 “This is a breakthrough variety delivering low biomass and giving growers the opportunity to use lower inputs,” he says.

The variety has provisional scores of 8s for both light leaf spot and phoma resistance in a 1-9 scoring system with 9 being the most resistant.

There are no 8 or 9s on the current  AHDB Recommended Lists for oilseed rape’s most yield-sapping disease, light leaf spot.

“The variety is extremely difficult to lodge and is the highest disease resistance we have,” adds Mr Vaughan-France.

This is a breakthrough variety delivering low biomass and giving growers the opportunity to use lower inputs Will Vaughan-France, Monsanto

The variety, which is about 30cm shorter than traditional hybrids, has a medium speed of autumn development giving it a wide drilling-date window, while it is relatively early to flower.

Matthew Clarke, the group’s UK oilseed rape breeder, says the variety could easily find a place in the UK which sees the highest disease pressure of all major European oilseed rape growing countries.

“This variety will be useful for growers who don’t want to use high levels of inputs,” says Mr Clarke. He adds that the breeder’s next focus will be developing varieties which have reduced fertiliser needs. 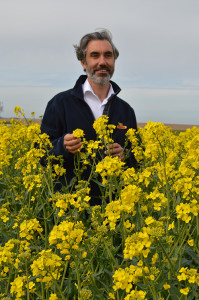 “We are looking for modern varieties with high output potential, which will perform well in low input systems and challenging conditions and also won’t let growers down,” he says.

The variety (which had a code name CWH315D) is a candidate for both East/West and North regional AHDB Recommended Lists to be announced later this year.

The breeder, which controls about a third of the UK oilseed rape seed market with varieties such as Extrovert and Exalte, is also launching four new varieties this spring.

This is a top-yielding variety suitable for early drilling on heavy soils. This could be a variety to push for very high yields on fertile soils, Monsanto says.

The variety is one of the stiffest strawed that the group has bred with disease ratings for light leaf spot of 7 and phoma 8. It comes up for recommendation for both the East/West and North regions later this year. There should be enough seed for about 1.5% of the UK rapeseed area this summer.

A European “blockbuster” variety which has seen good results across many countries. This is seen as a very solid variety well suited to a range of conditions, including poorer soils.

It has a phoma rating of 9 and light leaf spot of 6 and comes up for recommendation in the East/West region later this year. There is enough seed this summer for about a 5% market share.

The first standard height Clearfield variety from Monsanto. These are varieties with a tolerance to specific imidazolinone herbicides. It has a yield to match non-Clearfield varieties and is claimed to make the herbicide-resistant concept more accessible to growers. There will be limited seed this summer.

The breeder’s first clubroot tolerant variety, and with a yield in line with Expower. Again, there is limited seed available this summer.