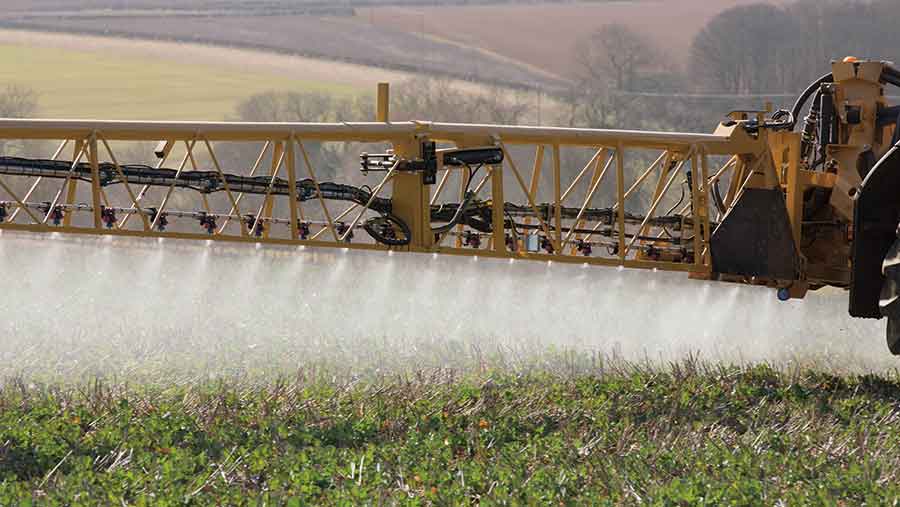 “Light leaf spot is a polycyclic disease, which means it is capable of several infection cycles per season,” says Neal Evans of Weather Innovations.

“That means if you start off with plenty of inoculum, the risk isn’t going to be reduced. It will just keep going.”

Given that the disease has been increasing in recent years, both in terms of severity and geographical spread, and the cool, wet summer weather has been conducive to the pathogen’s development, the signs are not looking promising, he acknowledges.

Not only does light leaf spot have the ability to produce asexual spores from the leaf during the growing season, putting crops in close proximity at risk, it also releases ascospores throughout the summer from crop trash and debris. 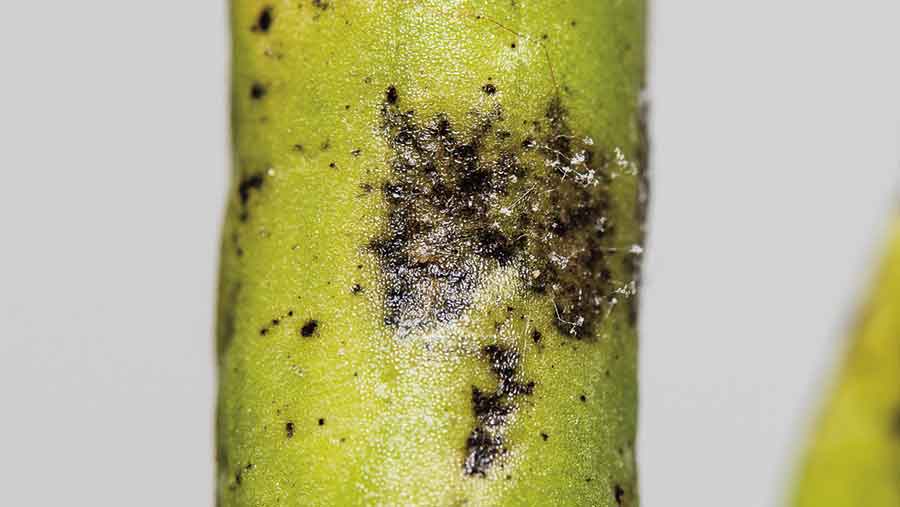 The latter are then wind dispersed over a greater distance, just as the new crops emerge from the ground, providing an easy early entry route.

When temperatures are between 12-20C and there’s a bit of moisture, infection will take place.

As Dr Evans explains, this means that light leaf spot comes into winter oilseed rape crops earlier than first thought, even though the disease doesn’t show itself until later in the autumn due to its latent period.

“This latent period is the reason why we don’t see early infections,” he says. “The initial infections take place on a small scale, then they develop and with the help of rain splash, go on to infect new plants.”

Where the disease has been troublesome in the past, the effect of variety shouldn’t be under-estimated, he continues. “It’s interesting to note that in Scotland, the disease’s traditional stronghold, the amount of light leaf spot recorded has started to come down.

“Up there, the decision was taken not to recommend any variety which had a light leaf spot rating of less than 6. It seems to have paid off.”

He suggests that more resistant varieties should be grown in other parts of the UK now. “This type of variety gives you a bit more insurance and usually means that you only have to spray once.” 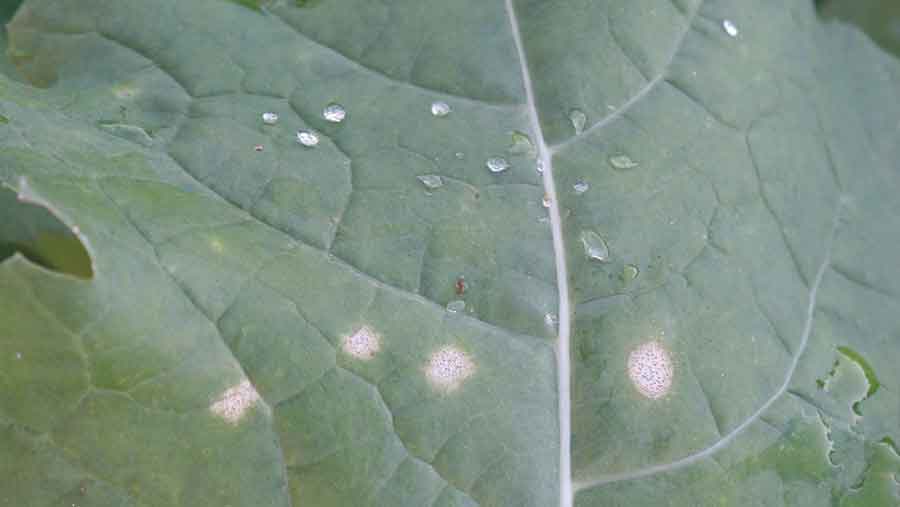 Phoma development depends on both temperature and rainfall from July to September, which is why weather data is central to the forecast, explains Dr Evans.

“The phoma forecast provides information on when to expect 10% of oilseed rape plants to show symptoms of the disease, as that’s generally regarded as the threshold for a fungicide application.”

Infections are initiated by airborne ascospores, which need high humidity or leaf wetness to occur, which is why the number of days of rain from 1 August has often been used to give an indication of when phoma will be seen.

In the field, 20 days is considered to be the trigger and is the rule of thumb applied by most agronomists.

“Phoma needs moisture to develop,” stresses Dr Evans. “So that’s unlikely to be a limitation this year.”

Given that both thermal heat and the number of rain days are important, the phoma forecast often has regional differences.

“The tendency for western areas to get more rainfall is reflected in their earlier dates for phoma incidence,” he comments.

Again, variety choice can be helpful. “We have seen a good improvement in the number of varieties with higher phoma resistance ratings on the Recommended List and that has helped growers.

“With varietal resistance, it’s the same message as with light leaf spot. You may still have to spray, but the frequency and timing of sprays is either reduced or less critical.”

Look out for the light leaf spot and the phoma forecasts on the Rothamsted Research website.  Alternatively, you can register to be notified by email to receive the updated forecasts.