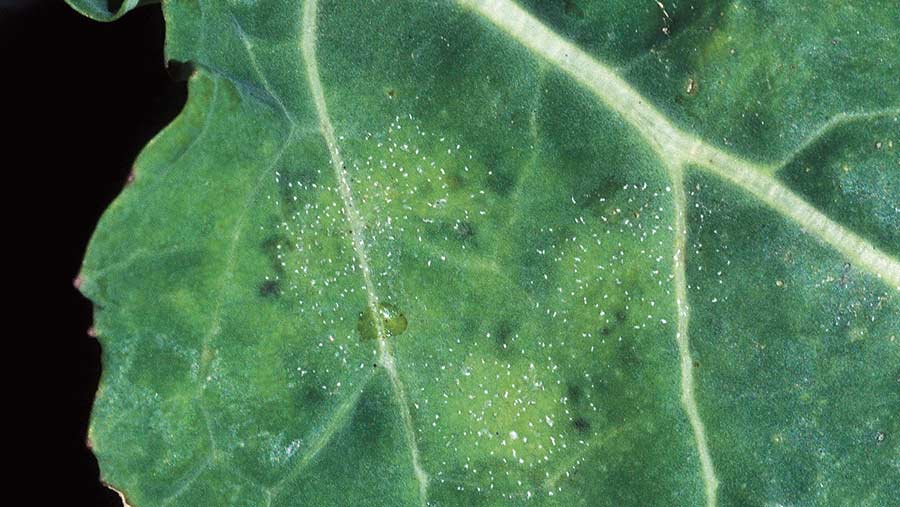 Early drilled oilseed rape crops from Aberdeenshire down to Essex are showing the first signs of light leaf spot disease after analysis of plant leaves in the laboratory.

The crop’s most damaging disease is being detected on nine sites down the east side of England and Scotland, although visible symptoms are not yet being seen in the field.

Julie Smith, plant pathologist at crop consultants Adas, said the infection could be due to early sowing, as these plants will have had longer exposure to disease spores.

“We are picking up light leaf spot in plants which have been tested in the laboratory with the disease being seen under the microscope,” she told Farmers Weekly.

See also: Light leaf spot: All you need to know about this OSR disease

Plant samples from Aberdeenshire, Berwickshire, Lincolnshire, Norfolk and Essex have tested positive for the disease, giving growers an early warning it may soon be seen in the field.

This is all part of a free disease-diagnosis scheme, called SpotCheck, being undertaken by Adas and funded by agrochemicals group Bayer which looks to test 500 samples through the winter.

The scheme, which started at the beginning of October, has tested 110 samples, which have shown plenty of visible phoma and downy mildew, but no signs of light leaf spot to the naked eye.

Philip Walker, fellow plant pathologist at Adas, has been receiving 20-30 samples a week and incubating the oilseed rape leaves for two days and then looking for signs of the disease under the microscope.

He added crops down the eastern seaboard tend to have been drilled about one week earlier than those further west, as growers aimed for good establishment to counter likely attacks from pests such as cabbage stem flea beetles. 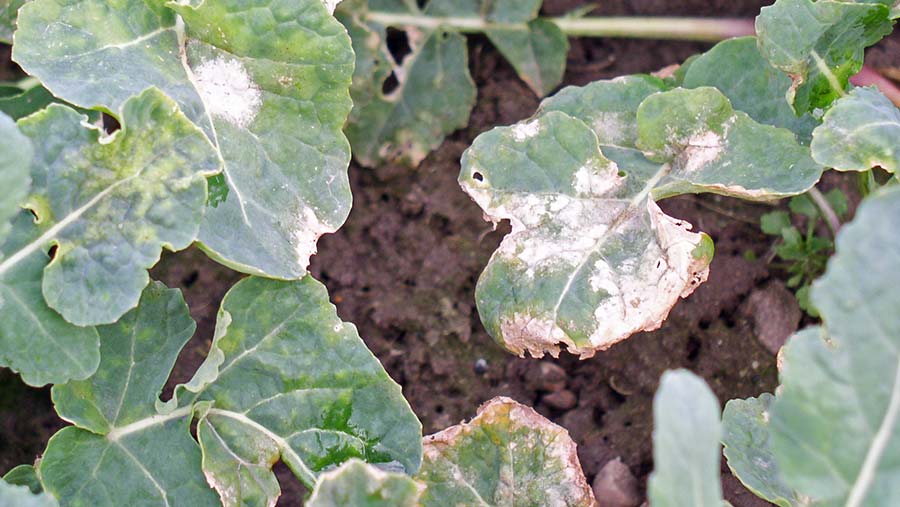 Leaf samples have been received from Aberdeenshire down to Hampshire and from Herefordshire across to Essex, with three disease-positive ones coming from Berwickshire, three from Lincolnshire and one each from Aberdeenshire, Norfolk and Essex.

There is no light leaf spot disease threshold for a fungicide treatment, and the general advice is to spray as soon as you see symptoms to protect newly expanding leaf tissue and growing points. The symptoms, however, can easily be confused with scorch from fertiliser or herbicides.

Growers are advised to use azole fungicides based on either prothioconazole or tebuconazole, or a mixture of the two to protect against the disease.

Both will give about three weeks disease protection, with prothioconazole giving better control while tebuconazole is a less expensive option and will have some plant growth regulatory effect which could be useful in forward crops.

Lincolnshire-based crop consultant Sean Sparling said he has sent in 15 crop samples and only one came back showing 3% of leaves infected with light leaf spot, and he has seen no sign of the disease in the field.

Many of his crops have had a spray for phoma disease such as an azole such as tebuconazole or  difenoconazole, and he said a big mistake could be to delay a light leaf spot spray to go with a much later propyzamide (Kerb) herbicide application.

“Now is the season for light leaf spot, so growers need to keep their eyes open,” said Mr Sparling, who is also chairman of the Association of Independent Crop Consultants.

The onset of colder weather will slow the progress of light leaf spot, but will not kill the disease, and experts point out that plants which are heavily infected can be more susceptible to later frost damage.

Disease spores can start circulating in early August from previous oilseed rape crops, but it is unclear how long it takes from initial infection of young plants to symptoms appearing in the field.

Will Foss, eastern region technical manager for agronomy group Agrii, said the disease risk is likely to be increasing because of the recent warm and wet autumn weather.

“We need to be more proactive about protecting crops before we see actually see symptoms in the field,” he said.

Mr Foss added there can be an economic yield response from a two-spray fungicide programme in early October and then mid to late November, but admitted growers are reluctant to spray twice in the autumn.

The disease can be diagnosed on farm if leaves are incubated by placing them in polythene bags and storing them at room temperature for three to four days, he reminded growers.

He recommended a mix of the two azoles prothioconazole and tebuconazole as it is more effective and also mixing azoles may help at reducing the risk to fungicide resistance building up.

There are big regional variations with the risk highest in the Moray Firth area of northern Scotland and northern England, and lowest in East Anglia.

The plant samples examined by Adas also showed a wide spread of phoma disease across England, with a number of crops above the 10% of plants infected threshold to warrant fungicide treatment.

Phoma has been detected in crops from Yorkshire down to Wiltshire and Herefordshire across to Suffolk, and largely where agronomists would expect the disease given the disease’s general southern bias and the wet autumn.

Growers can use this free disease-sampling service – initiated and funded by Bayer, conducted by Adas and supported by the AICC – by contacting Adas at Rosemaund in Herefordshire (01432 820 444) for pre-paid envelopes and then sending in crop samples for disease diagnosis.

Growers are advised to pick 30 random leaves, as light leaf spot can develop first on newer leaves and phoma on older leaves. The samples should then be sent to Adas. Further details are available on the Bayer website.