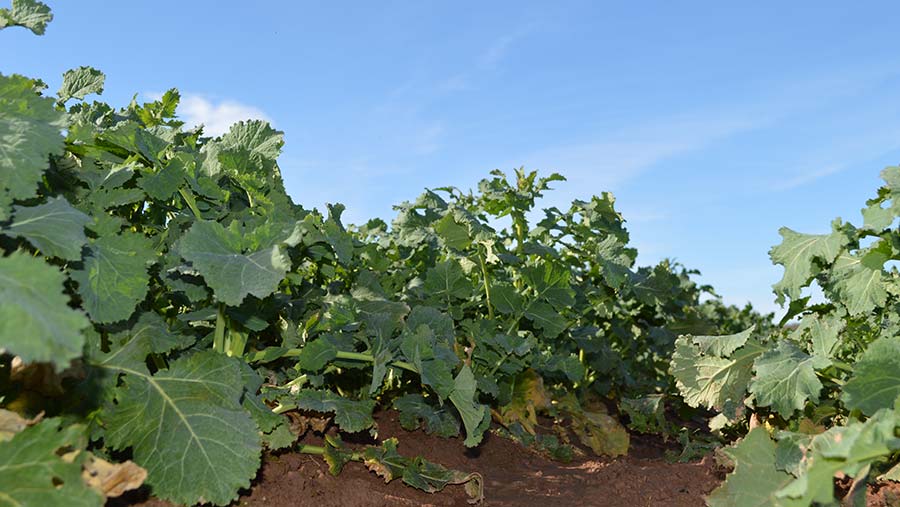 Oilseed rape crops are growing strongly in Herefordshire, with assistant farm manager Jack Hopkins looking to save nearly £30/ha on nitrogen fertiliser this spring because his crops are so forward.

Good growing conditions in the autumn saw his oilseed rape crops establish well and one south-facing field is now well into stem extension and close to the green bud stage.

“For the time of year, this is the most forward we have seen the crop, and we might be able to save 50kg/ha of nitrogen,” he tells Farmers Weekly.

His normal spring nitrogen application is a three-way split totalling some 200kg/ha, but this spring he is aiming for a two-way split of just 150kg/ha.

Mr Hopkins is based at the 730ha Lower Hope Farms, near Ullingswick, some 10 miles north-east of Hereford, growing 80ha of oilseed rape along with winter wheat, winter barley, peas, spring oats and also some grassland. 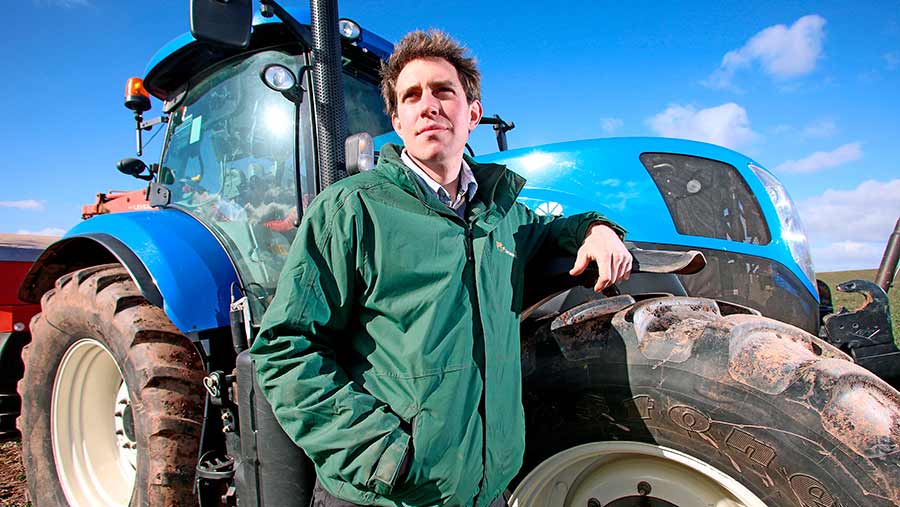 The south-facing 4.4ha field of the variety Extrovert was drilled on 22 August and received no autumn fertiliser after a 6t/ha application of poultry manure. A recent green area index reading showed there was 100kg/ha of nitrogen already in the crop.

No rush for nitrogen

Mr Hopkins is not overly concerned about rushing on with spring nitrogen, as he has some backward wheat that needs nitrogen more than his oilseed rape crops, although he still expects to get some nitrogen on his rapeseed in the next  seven to 10 days.

The saving of 50kg/ha of nitrogen fertiliser could be worth about £27/ha based on the price of his fertiliser.

Last season, his oilseed rape crop averaged 4t/ha, in line with the farm’s three-year mean. The farm has the advantage of seeing no cabbage stem flea beetles – which have devastated crops further east. It also has very little blackgrass.